* For the uninitiated, Abhishek along with his father and megastar Amitabh Bachchan, wife Aishwarya Rai Bachchan and daughter Aaradhya Bachchan had tested positive for COVID 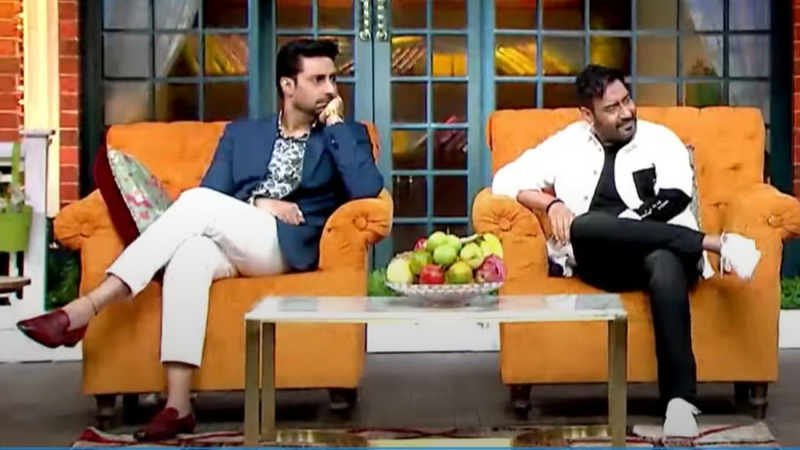 Actor Abhishek Bachchan, who recently appeared as a guest at ‘The Kapil Sharma Show’ to promote their upcoming outing The Big Bull, opened up about him testing positive for coronavirus infection last year.

The actor spoke at length about his health and also narrated about an angry phone call on which he received a good dressing down for contracting the infection.

For the uninitiated, Abhishek along with his father and megastar Amitabh Bachchan, wife Aishwarya Rai Bachchan and daughter Aaradhya Bachchan had tested positive for COVID-19 last year in July.

On ‘The Kapil Sharma Show’, Abhishek revealed that after Ajay learnt about his COVID-19 diagnosis, he dialled him and scolded him for contracting the infection. According to Abhishek, Ajay was the first one from the industry after his COVID diagnosis. “What is this? What is going on? How has this happened to you?, Ajay asked me angrily on phone,” said Abhishek as he added, laughing, “Then I realised that he had come to meet me 5-6 days before.”

Abhishek, who appeared as a guest at the comedy show, was joined by Ajay, the producer of his upcoming film ‘The Big Bull’. Meanwhile, Ajay quipped that Abhishek told him he contracted the disease because of his father Amitabh Bachchan. Devgn then clarified that last year in July, Abhishek often stepped out of the house to dub for his Amazon Prime web-series ‘Breathe: Into The Shadows’ and other professional commitments.

Speaking of the film, ‘The Big Bull’ is directed by Kookie Gulati and also features Nikita Dutta, Ileana D’Cruz, Sumit Vats, Ram Kapoor and Sohum Shah in supporting roles. The storyline is a retelling of stockbroker Harshad Mehta’s life involving his financial crimes over a period of 10 years, from 1980 to 1990.

Due to the COVID-19 pandemic, the film will not be released theatrically and will stream worldwide on Disney+Hotstar.