No means no: Rajinikanth 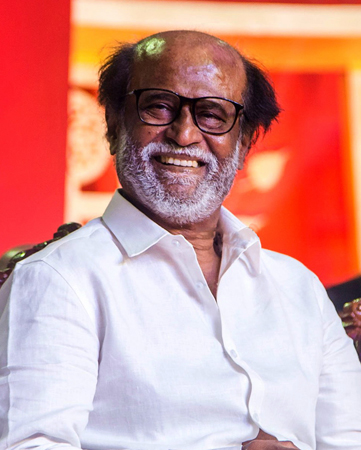 Actor Rajinikanth has made it clear that his health takes priority above all else, despite fans holding demonstrations urging him to venture into politics formally.

“I had earlier stated my reasons for not foraying into politics. My decision has been conveyed,” he said in a statement to his fans. The veteran actor also humbly requested his fans to not hurt him by repeatedly holding events, demanding that he enter the political arena.

On Sunday, the actor’s fans and some functionaries of his fan club had held a peaceful demonstration in Chennai, demanding that their ‘Thalaivaa’ also lead them in the political battle.

Holding banners that read `Va Thalaivaa Va’ (Come Leader Come), ‘Ippo Illaina, Eppovum Illai’ (If Not Now Never), they urged the 71-year old to reconsider the announcement that was made on December 29, 2020. Appreciating his fans and followers for having held the event in a disciplined manner, he also added that it was disappointing to note how they had violated the diktat from the leadership. He also thanked those who stayed away from the event, abiding by the leadership’s request.

Rajini was expected to announce his political plans on December 31, 2020 but a health setback caused by fluctuations in blood pressure had led the actor to call it quits.

On December 3, last year he had said that it was time to change the fate of Tamil Nadu and that it was now or never. Regarding the risks posed by Covid-19 he also said that there wouldn’t be anyone happier than himself, if something untoward happened to him while working for the welfare of the people of Tamil Nadu.

It was on December 31, 2017, that Rajinikanth had announced his decision to float a political party to practice ‘spiritual politics’ and contest all 234 Assembly seats in Tamil Nadu in 2021.