It’s time to get united against Pakistan’s enemies: Governor 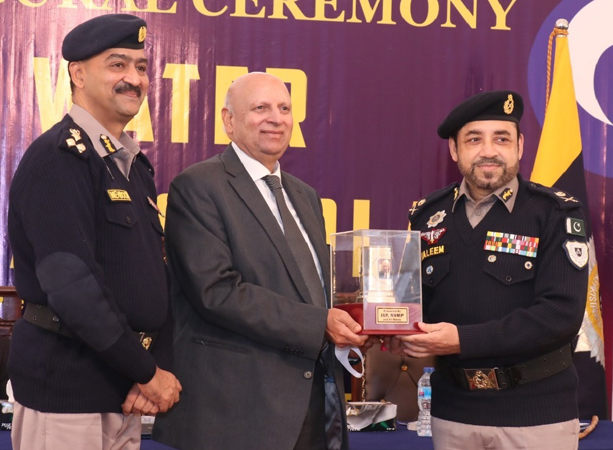 Governor Punjab Chaudhry Mohammad Sarwar has said that enemy forces, including India, are targeting peace in Pakistan. This is not the time for politics; this is the time to deal with the enemies of the country. We will fully ensure the system of punishment and retribution in all institutions. In order to make Pakistan strong, prosperous and developed, the institutions must be completely free from political interference and the government is pursuing the same policy. He was talking to media at the inauguration ceremony of Water Filtration Plant at National Highway and Motorways Police Training College. Provincial Ministers Ejaz Alam, Mian Khalid Mahmood, IG Motorway Dr Syed Saleem Imam, DIG Training College, Mehboob Aslam and Members of National and Provincial Assembly were also present on the occasion.

Punjab Governor Chaudhry Mohammad Sarwar said that Pakistan is facing many challenges at present which all must work together to overcome. He said that unfortunately India is still conspiring against peace in Pakistan and wants to create instability here. He said that it is about time to thwart the intentions of the enemies of the country for which the opposition parties would have to take decisions beyond political interests.

Addressing the event, IG National Highways and Motorways Police Dr Syed Saleem Imam thanked the Governor Punjab and Sarwar Foundation for installing the filtration plant and said that it was our great need which has been fulfilled. He said that with the provision of clean water, a large number of people including the training staff would definitely be safe from deadly diseases including Hepatitis.

At the end of the ceremony, Governor Punjab Chaudhry Mohammad Sarwar was given a commemorative shield by the Motorway Police while the Governor Punjab handed over a certificate of appreciation to the DIG Training College.