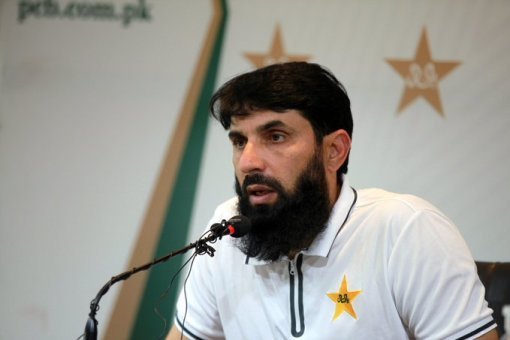 “We spent eighteen to nineteen days in hotel rooms, there was no cricket no allied cricket related activity, players did not get practice to get into shape and right frame of mind and such a long stay in bio secure bubble owing to COVID-19 protocols restricted them from giving their best and hampered teams overall performance”, he told media-men at a news conference here on Monday at the Gadaffi stadium.

“People will say I am making excuses for our poor showing in the tour but it is a reality that living of our squad in isolation for that long time period was the key reason of our show in New Zealand“, said the head coach of the team.

The former Pakistan captain said that injury-stricken squad and staying in a bio-secure bubble affected the players’ performances.

“Covid is somehow affecting the performances of players. It’s bothering them physically and mentally. It’s a big factor; we are worried about how to continue in these circumstances,” Misbah said.

Pakistan lost the three-match T20I series and two Tests against New Zealand following which the team and coaches have been under severe criticism by former players and cricket analysts.

He said it was unfortunate that regular opener Fakhir Zaman become could not accompany the team and things turned from bad to worst when captain Babar Azam got injured and was ruled out of action.

“Absence of Babar was a big blow to the team and it was like the team was without its most reliable player and it like that New Zealand was playing without their captain Kane Williamson“, he asserted.

Misbah said that while the team failed in all three departments, he doesn’t doubt players’ commitment to the series as everyone tried to give their best.

“These are young players; they need more time to improve,” he said. “We must accept that opposition was better than us in all three departments. We tried our best but they played better.”

Misbah and bowling coach Waqar Younis have been asked to appear before the board’s cricket committee tomorrow, Tuesday to explain the recent series losses against New Zealand.

“We can’t assume things. Obviously we are there only to give report and recommendations. I hope it is not to grill someone,” he said. “It [appearing before cricket committee] is not something to be minded. We are both there for Pakistan cricket.”

To a question, he said, he would welcome pace bowler, Muhammad Amir in the team if he comes out of retirement.

“I have always supported Amir in his difficult times and welcomed his return in the team the way I did way back in 2016 and I would welcome him again if he reverses his decision of retirement.”

“Me and Waqar Younis termed Amir as our key strike bowler, we supported and guided him and told him with less speed his bowling cant be that lethal and we did every thing in the interest of Pak cricket and I don’t understand why he (Amir) gave negative comments about me and Waqar”.

“Amir was not considered for selection in the team in past owing to his performance which was not up to the mark, I was responsible for selection being the chief selector and Waqar did not have any role in selection.

“Though I made mistakes but as a chief selector I am satisfied with my decision and with the team selection which was made on merit”.

He termed pacer Nadeem Shah as the future of Pakistan cricket.
The head coach said the team management would draw a plan to take on South Africa in a decent manner in a home series.

“We stand a fair chance to win the series at home, we will design a good plan for achieving our desired goals, we will consider top performers of domestic cricket for selection“, he added.