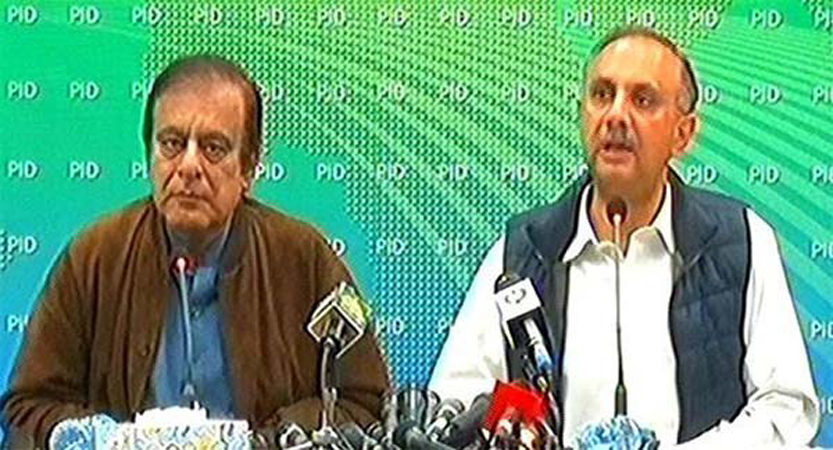 Minister for Power Division Omar Ayub Khan on Sunday said nationwide power outage was caused due to a technical fault at Guddu Power Plant at 11.41 pm on Saturday night.

Addressing a press conference along with Minister for Information and Broadcasting Shibli Faraz, he said initial fault occurred at Guddu power station at 2341 hours, dropping the frequency to zero. It tripped within a second, causing a cascading effect and all power houses tripped, one after the other, he said. He said the fault caused the country’s high transmission lines to trip, which in turn caused the system frequency to drop from 50 Hertz to 0 Hertz in less than a second. Soon after the fault, the safety system started work to shutting down the power plants which resulted 10,300 MW out of the system, he said. He said from North to South, Tarbela and Mangla power stations witnessed shut down. However, he said it took few hours to restore the system back.

The minister said he has personally supervised the restoration work at National Power Control Centre. Technical teams were sent to identify the fault but were facing problems due to dense fog, he added. Omar Ayub said that no investment was made on up-gradation of transmission lines in past. The government has invested over Rs 49 billion on up-gradation of the transmission lines in last 2 years adding that more investment was being done, he added.

Minister for Information and Broadcasting Senator Shibli Faraz said that the present government was working on improvement of power distribution system which remained neglected in the past. He said that the previous government focused on power generation only. He said the government was committed to bring improvement in power sector. He said a comprehensive plan is being pursued to upgrade transmission system and to enhance power generation. He said that the power sector was the backbone of the country but the previous government did not introduce any new technology to improve the distribution system. The federal government on Sunday formed a committee to probe into the massive power blackout. According to a notification issued here, the Central Power Generation Company has suspended seven officials of Guddu Thermal Power Station on account of the negligence of duty which caused power failure across the country. “Seven officials working under Plant Manager-III are hereby laced under suspension with immediate effect and until further orders, on account of the negligence of duty which caused power failure found in view of a preliminary inquiry,” reads the notification issued by Central Power Generation Company Limited.