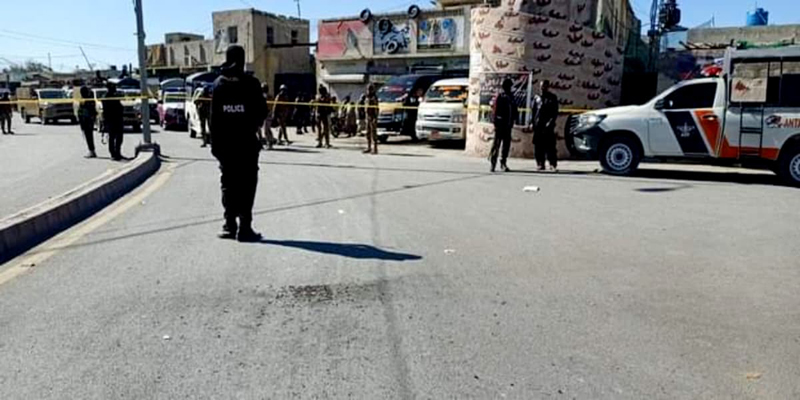 At least four people were injured in an explosion in Turbat’s Cinema Bazaar in Balochistan on Sunday.

According to police, the injured were shifted to District Headquarters Hospital, Turbat for medical treatment while police and Frontier Corps (FC) personnel cordoned off the area and started investigations.

The attack is believed to have been carried out by militants seeking to target an FC check post, a police official said.

The attack comes less than three months after a soldier of Pakistan Army embraced martyrdom and three others suffered injuries in an attack on a patrolling party of security forces near the Jhaki post in Turbat. The terrorists had opened fire on the security forces’ patrolling party some 35km southeast of Turbat. During the ensuing exchange of fire, one soldier was martyred and three others suffered injuries.

In August, a student was killed and three FC personnel injured in a roadside explosion in Turbat’s Absar area. An improvised explosive device was detonated with remote control when the FC convoy reached the area.

Similarly, in July 2020 at least one person was killed, while seven others injured in an explosion in a market in Turbat that was also caused by an IED planted in a motorbike.