Tolerant Uruguay a place for some trans citizens to ‘glow’ 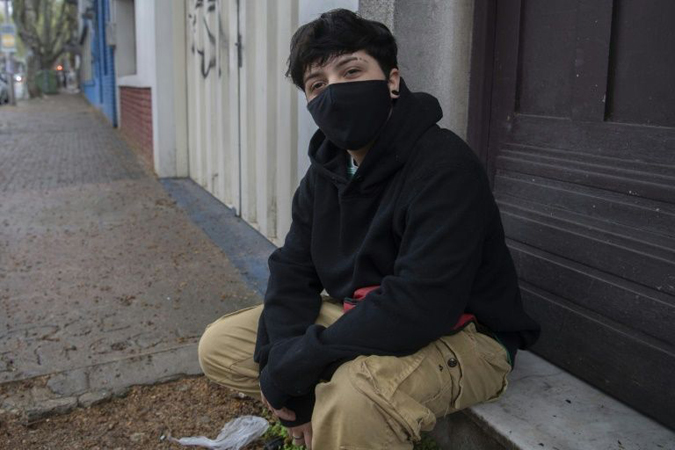 On a recent Sunday in the Salaverry household in Montevideo, various members of Uruguayan transgender teenager Sebastian’s family gathered for a traditional “asado,” or barbecue.

The family sat around the large kitchen table, looking at photos of a young Sebastian and his older brother Ignacio.

Sebastian, who at 18 sports the shadow of a beard, holds up one photo of himself as a baby in a white dress, and laughs loudly at something his girlfriend says.

“Emotionally, he is happy, he is glowing,” his mother Carla Mijares, 43, told AFP. “I see him glowing, happy, and I share in his happiness.”

Salaverry just celebrated his one-year “T-anniversary” — the day he started taking testosterone hormones to medically transition to his true gender as a man, though he had already been known as Sebastian for two years.

“The thing is that I had been asking myself different things about what it’s like to be a transgender person ever since I was a kid,” he said.

“In fact, when I was 11, 12, I looked for people on the internet who were going through the same thing, because I felt weird. All around me, or in Uruguay, you didn’t see many trans people.”

There is no current data on how many people identify as transgender in the tiny South American country, let alone how many of them are minors, said Rodrigo Falcon, founder and director of Trans Boys Uruguay.

The organization is the first association of its kind geared to helping trans children and young adults navigate the world.

But a government census conducted in 2016 put the number of adult transgender people at 933, or just 0.02 percent of the population.

“We currently work with about 70 minors in our association, those under 18 years old,” Falcon said.

“There aren’t that many groups that work with children, but we were the first here, and in all of Uruguay.”

Sebastian and his parents worked with Trans Boys Uruguay when he began the process of legally transitioning.

A two-year-old law, one of the most progressive when it comes to trans rights issues in Latin America, allows those 18 and under to petition to change their gender with a parent’s or guardian’s support.