‘Maara’ — Madhavan and Shraddha Srinath dazzle in this decent remake 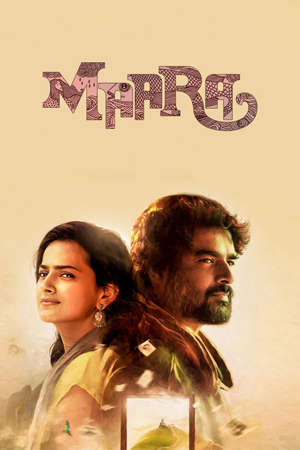 Like how Maara, the central character of the film, travels across boundaries to heal dejected souls, a good story is destined to reach a wider section of the audience, no matter how.

Maara is the official remake of hit Malayalam film, Charlie, helmed by debutant director Dhilip Kumar. Though it’s difficult to recreate the magic of the original, Dhilip has managed to retain its essence and delivered a film that leaves a lasting impact.

‘Maara’ is all about the journey of a free-spirited guy and an independent girl who wants to be free ‘like a breeze’ and bring smiles on people’s faces. It plays around brilliantly with raw emotions and takes us to another world where life is all about love and hope.

Maara is unconventional. He is a guy who invites a thief to party with him at home on New Year’s Eve. He also buys kulfi in the middle of a night only to make the ice cream vendor smile. Paaru (Shraddha Srinath), a restoration architect, decides to move to a new place to get away from a marriage proposal. It is when Paaru moves into a clumsy old room that was once occupied by Maara, the story picks up pace. She chances upon an incomplete story that grabs her attention. She also sees a fairytale she heard from a stranger as a child painted across the walls of a coastal town and goes in search of the man who painted it. Paaru, on her way to finding her man, finds several people who are influenced by his life.

Maara is unconventional. He is a guy who invites a thief to party with him at home on New Year’s Eve. He also buys kulfi in the middle of a night only to make the ice cream vendor smile

Maara’s innocence and his ability to celebrate the positive side of life make her fall in love with him.

Dhilip Kumar’s casting is one of the biggest assets of the film as both Madhavan and Shraddha Srinath delivered what they were expected to without going overboard. Moulee’s character as Vellaiya, an aged theatre artiste, who is still waiting for his lost love, gives us some lump-in-throat moments that could stay in our hearts for a long time. Alexander Babu’s role serves the audience the much-needed comic relief. Even the ones who appear for just a moment, linger in your mind, like the sex worker, who kills herself regretting her life.

The women in the film, be it Sshivada (a helpless doctor who regrets killing a 10-year-old) or Shraddha, are not ones who are in need of the help of a ‘strong’ man to ‘save’ them. They are not mere damsels in distress. They stand up on their own when it matters. Shraddha was exceptional and did justice to her character. Many characters in the film come from the low strata of society and are victims of self-rejection. Most of them move you and make you think. However, the sense of loss and helplessness that the movie tries to convey could have been a bit more effective. This would have probably added more value to Maara’s deeds.

Moreover, unlike Charlie, the director tries hard to give more details about its central character making them less fascinating for the audience. The childhood scenes of Maara were unnecessary and could have been avoided. The screenplay got a tad slow in the second half making it difficult for us to connect with some beautiful characters on the screen. This reduces the impact that Charlie created in the climax sequence of the film.

What’s striking about the movie is its contiguity with the surroundings, which is brilliantly captured by cinematographers Dinesh Krishnan and Karthik Muthukumar. That said, the performance of Madhavan is what holds the entire film together. He is natural and has given his all to live the character of Maara. His charm and effervescent cheer are the highlights. The only drawback is the look that he chose for this character. He could have probably concentrated more on the outfits like what Dulquer Salmaan did in the original to give authenticity to the character. Maara is definitely a delight to watch. But for those who had watched Charlie, it could be a little disappointing.