Sidmouth couldn’t be more appealing at any time of year 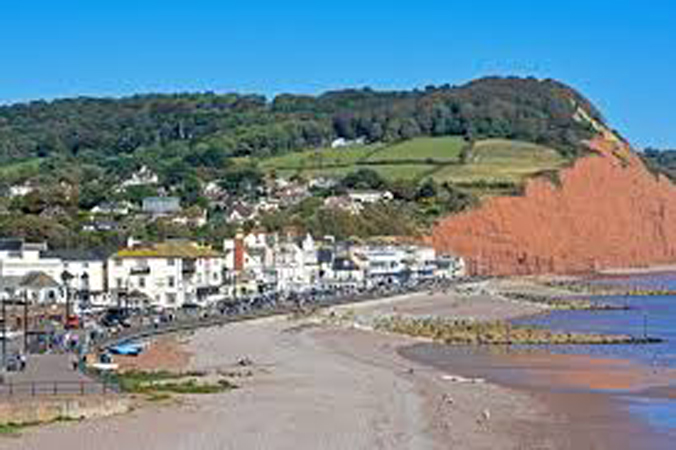 Forget seaside arcades with penny slots and dodgems – Sidmouth’s main attraction is an old telescope at the Norman Lockyer Observatory. It’s not just any old telescope, mind you. The lens of this instrument was used in 1868 by Lockyer, the world’s first professor of astrophysics, to discover an element in the sun’s halo that he named helium.

Sidmouth lies at the mouth of the River Sid, 14 miles from Exeter. And if you like a good dollop of history, geology and science to go with your bucket and spade, it couldn’t be more appealing – at any time of year.

One of Britain’s most sedate seaside resorts, Sidmouth was a fishing village until the fashion for coastal resorts grew in the Regency period from 1811 to 1820.

Edward VII checked into the Royal York Hotel in 1856, and when the Devon town was connected to a railway in 1874, well-heeled Victorians flocked there.

The esplanade is lined with Grade II-listed hotels, many stuck in the bygone era of tea dances, chintz and flocked wallpaper. It’s all very comforting in an old-fashioned way – yet that’s not the whole story. For a wind of change would appear to be in the air, if Dukes Seaside Inn, with its prime seafront position, is anything to go by. It’s as cool as they come, with unfussy yet stylish bedrooms, and a restaurant with a pleasant terrace and very good crab sandwiches.

Feeling well-fed, it was time for another foray into the past. At Sidmouth Museum, the year 1814 is captured in Long Picture, a 9ft-long watercolour panorama of the town painted by Hubert Cornish. Many of the buildings in it still exist, such as coral-hued Beach House with its Gothic windows – one of the first Regency houses to be built on the seafront. Also still standing is Wallis’s Marine Library, now part of the Bedford Hotel.

Having picked up a ‘blue plaque’ guidebook (there are 64 buildings of historic interest), I head for one of Sidmouth’s most prominent landmarks, the grand and sweeping Fortfield Terrace.

Here, at No 8, the Grand Duchess Helena of Russia, no less, stayed in 1831. You can’t miss the house as it’s crowned with an imposing Russian Imperial Eagle. Below the terrace is a croquet green, another of the town’s lovely old touches.

But now I was after something more adventurous.

He’s referring to the 240-million-year-old Jurassic Coast with its distinctive red sandstone cliffs dating from the Triassic period. Fixed to the cliff face is Jacob’s Ladder, a wooden stairway that has been a feature of the town since 1871. At the top, you’ll find The Clock Tower cafe, housed in a 19th-century pseudo-castle, and beyond is Connaught Gardens, opened by the Duke of Connaught in 1934.

Paddling on between two rock stacks, which glow rosy-brown in the sun, Guy points out cormorants nesting on cliff ledges.

In Ladram Bay, fossil hunters rummage, ever hopeful of finding an ammonite or a mammoth tooth among the rock debris. Last year a tooth weighing 12 lb was unearthed in nearby Sidbury.

The next day I try the five-mile walking loop that begins on Salcombe Hill, with views west to Sidmouth and east to Weston Beach. It’s a knee-crunching descent to the valley floor, before a steep climb to Higher Dunscombe cliff, where Victorian gardeners with heads for heights once tended allotments.

Later, the terrace of Dukes is the perfect spot for a Sidmouth Seashore gin and tonic – and a toast to this pretty seaside town.