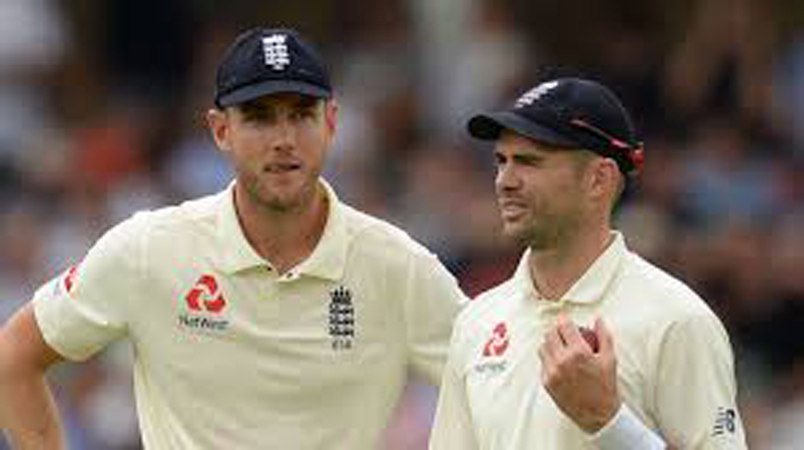 LONDON: England’s leading wicket-takers acknowledge they might not play every game this year, with upcoming series against Sri Lanka and India set to prove tough for the seamers. James Anderson and Stuart Broad are both prepared to be rotated during a busy year for England, but believe there will be a “fine balance” between fitness and form. England could play in 17 Tests this year as they face Sri Lanka, India (home and away), New Zealand –– subject to confirmation –– and then finish with the Ashes in Australia.

While England’s two leading wicket-takers will be keen to feature as much as possible, they also acknowledge it is “unrealistic” to expect to play every game.

Speaking on The Hussain and Key Cricket Show ahead of England’s two-match Test series against Sri Lanka, Anderson said: “It’s a lot of cricket in 12 months so the likelihood is the seam bowlers will rotate at some point or miss the odd game. It looks really exciting, you are playing the top three teams in the world, India at home is always a difficult series, and there are opportunities for the team to improve and develop and make our way into the World Test Championship at the end of the year.”

Broad said he was “frustrated and angry” when he was dropped for England’s first Test of the summer in 2020. But he acknowledges that with so much cricket ahead ––- and the Ashes to finish the year ––- he may be rested at times. “It’s quite unrealistic to think one seamer will get through all that cricket, and you want seamers to peak at particular times. Of course you want to win every series but you don’t want to be going to Australia with four injured quick bowlers, you want them firing for November and December, so it’s a balance that the captain, coach and selectors have to take. It’s a fine balance because you want to get experience into young bowlers too; the chance to play with Jimmy Anderson and learn from him is a great opportunity, I keep learning now and I’m 34, so you do want to give opportunities for players to develop. But we live in an industry where you have to win Test matches. To win Test matches you want your best bowlers in the conditions. Whether that’s three spinners in Sri Lanka, or your best seamers in England, you want to win.” While the series may produce more wickets for the spinners than the seamers, Anderson believes there is still an opportunity for himself and Broad to impress.