Proteas to get state guest status during their Pakistan tour 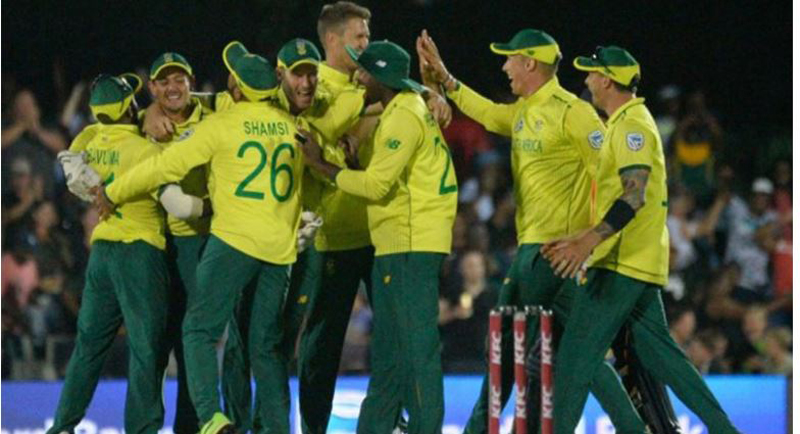 LAHORE: South African touring squad has been granted state guest status for the upcoming tour of Pakistan, following approval from Prime Minister Imran Khan. In the notification issued by the PM’s office, the Interior and Foreign Ministries have been instructed to make arrangements for the state guests. The Interior Ministry has prepared a fool proof plan for security of the touring squad. 500 Rangers personnel will be deployed for security purposes during the matches. Police and Anti-Terrorism Squad (ATS) will be used for the protection of the touring squad when they travel from their hotel to the ground. South Africa will arrive in Karachi on January 16 and will play the first Test at the National Stadium in Karachi from January 26-30. They will then travel to Rawalpindi where the second Test will be held from February 4-8. The iconic Gaddafi Stadium, headquarters of Pakistan cricket, will be the venue of the three T20Is, which are scheduled for February 11, 13 and 14. A bio-security plan has also been prepared for the tourists. Upon arrival in Karachi and in the lead up to the first Test, South Africa will observe an isolation period following which they will hold training sessions and play intra-squad practice matches. This will be South Africa’s first visit to Pakistan since the 2007 tour when they won the Karachi Test by 160 runs to clinch the series 1-0. The subsequent series in 2010 and 2013 were played in the United Arab Emirates.