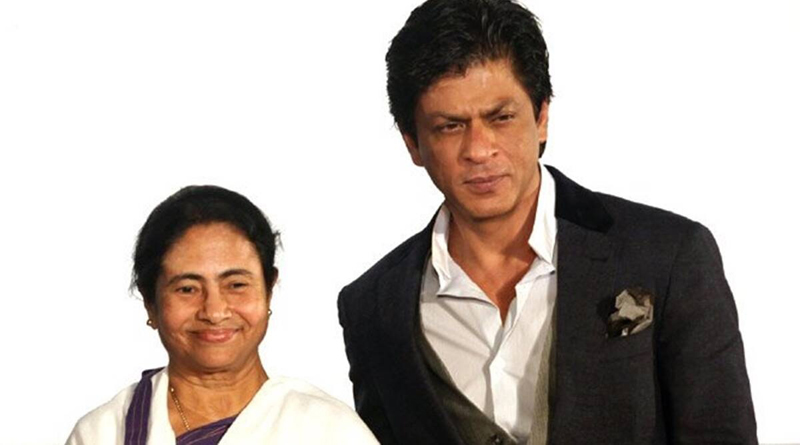 Shahrukh Khan, who is the brand ambassador of West Bengal, attended the virtual inauguration of the 26th Kolkata International Film Festival (KIFF) from Mumbai on Friday.

Due to the ongoing COVID-19 pandemic, the actor could not attend the festival physically and apologized to the audiences for the same.

The festival was inaugurated by West Bengal Chief Minister Mamata Banerjee. Greeting the CM, SRK said that he misses hugging her. “Mera bohat dil kar raha hai ki main wahan par hota. But all I can say from here is that I love you all and I miss Bengal. Mamata di, I miss you and miss hugging you. Inshallah when I come next time jo bohat hi jald hoga, do-chaar extra hugs le lunga aapse (I will visit Begal soon enough and when I come, I will take extra hugs from you),” the actor told the CM.

She also invited Shah Rukh to come to Kolkata during Raksha Bandhan. To this, he replied, ‘100 per cent I will come.’

She also invited Shah Rukh to come to Kolkata during Raksha Bandhan. To this, he replied, ‘100 per cent I will come’

Addressing the audiences, the ‘Don’ actor said, “We have to try and make our families happier. Whatever we do should be for our family and the country. We have been blessed by god. We can say a lot of good things through our films.”

Shah Rukh has not appeared in films for the past two years. So whatever public appearances King Khan has made since his sabbatical, makes his fans go crazy. The actor recently shared a video wishing his fans on New Year. In the hilarious video, SRK can be seen struggling with flies, which keep buzzing around him. He ended the video with a promise to see his fans on the big screen in 2021.

On the work front, Shah Rukh will be seen in the upcoming film ‘Pathan’. He also made a cameo appearance alongside his wife, producer Gauri Khan in Karan Johar’s ‘The Fabulous Lives of Bollywood Wives’.