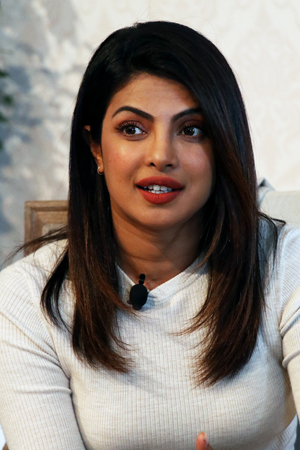 Priyanka Chopra courted controversy after her picture along with her mother Madhu Chopra arriving at a salon in London went viral.

The ‘Barfi!’ actress, who is currently living in the UK along with husband Nick Jonas, visited the Josh Wood Colour salon in Notting Hill recently.

As the picture hit the Internet, Priyanka was rebuked by netizens for flouting UK’s strict COVID-19 induced lockdown rules. However, the actress’ team has denied the reports which claimed that she and her mother breached the lockdown guidelines by visiting the celebrity stylist Josh Wood’s salon.

In a statement released by her team on Friday, Priyanka’s spokesperson said, “Following government guidance, Priyanka’s hair was coloured for the purpose of the film she is currently shooting in London. The salon was opened privately for the production and everyone involved had been tested and followed both the DCMS working guidelines and the film production regulations.”

“Film and TV production is permitted to continue in the UK, and locations can continue to accommodate shoots and recces that are carried out in-line with government guidelines. The exemption paperwork legally permitting her to be there was provided to the police, and they left satisfied,” PTI quoted the spokesperson as saying.

Priyanka is in London for filming her next project James C Strouse’s directorial ‘Text for You’. On the work front, Priyanka will be seen alongside Rajkummar Rao in Netflix’s adaptation of ‘The White Tiger’. She has also been roped in for ‘The Matrix 4′, fourth instalment of Keanu Reeves’ super hit franchise.