‘Academy of Excellence’ set up for professional media trainings 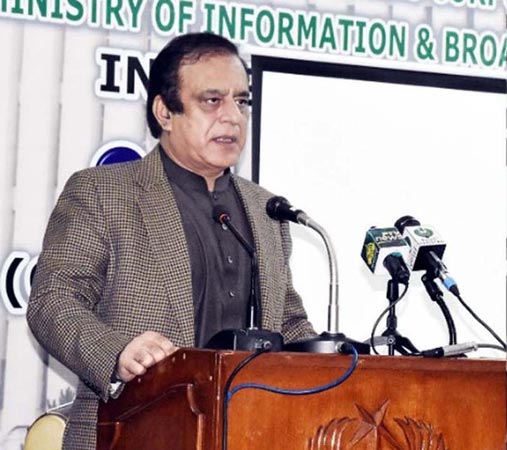 Minister for Information and Broadcasting, Senator Shibli Faraz on Saturday said Academy of Excellence has been set up for professional training of newcomers in various fields of media including production, art and culture under the vision of improving quality of media industry.

Addressing the launching ceremony of the ‘Academy of Excellence’ here at Radio Pakistan Academy, he said all capabilities and resources would be utilized to make the Academy a platform of excellence.

Senator Shibli Faraz said the idea of the Academy of Excellence was brought by veteran television producer Khawaja Najam-ul-Hassan, which has been implemented now. He said that this platform would provide an opportunity to newcomers to hone their talents in a better manner. He added that when the commitment, direction and vision get combined, such tasks would be accomplished.

Shibli Faraz said there were only a few media, art and production training institutes in the country and there was a dire need to introduce a facility where skills of media professional could be nurtured and to overcome shortage of trained staff.

However, after the establishment of this new institute, fresh blood would be part of the industry with number of success stories on television, radio and media houses.

He said that those trained at the Academy of Excellence would also be able to benefit from Pakistan Televison and Radio Pakistan which have the latest equipment and experienced manpower.

Speaking on the occasion Khawaja Najam ul-Hassan, Head of the Academy of Excellence, briefed the participants about the aims and objectives of the academy, the faculty members and the courses being offered.