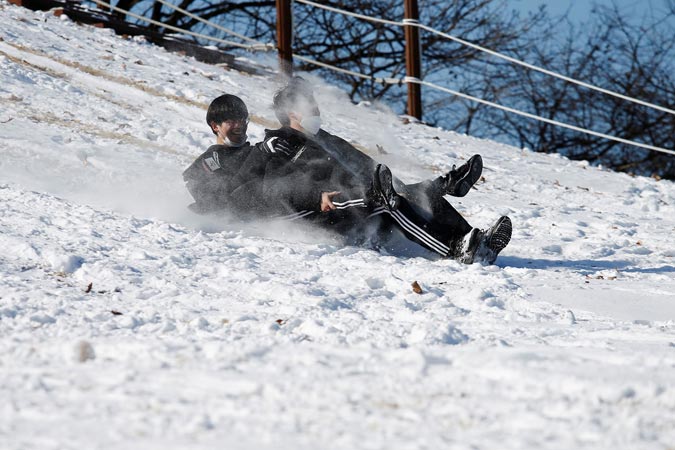 With South Korea’s ski resorts closed in recent weeks to help combat COVID-19, heavy snowfalls have led to a surge in sales of sledges as winter sports lovers look for family friendly snow slopes close to home. Major retailers have run out of stocks of plastic sledges, with E-Mart, the country’s biggest supermarket chain, selling nearly 2,200 sledges in six days, more than three times its total 2020 sales. Competitor Lotte Mart said sales of sledges in the first six days of January were up more than six-fold from the same period last year and is also completely out of stock. One family that visited the Olympic Park in Seoul said they had to bring picnic mats for their children the slide on. “We tried to buy sledges yesterday but couldn’t find one, so we brought these mats as substitutes,” said Joe Choong-hyun, a father of two boys. After heavy snowfalls earlier in the week, children played outdoors even as the temperature in Seoul plummeted to -18.6 Celsius on Friday, the coldest in 35 years.