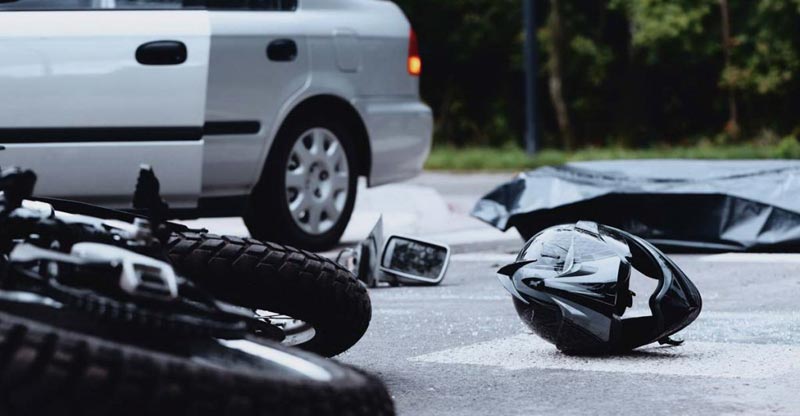 The annual rise in toll of fatal and non-fatal accidents that causes deaths and disabilities to thousands of people every year in the country could be prevented through strictly enforcing the traffic safety guidelines.

Road safety lies in controlled speed of vehicles alongside following the traffic laws and safety measures. Round-the-clock vigilance with the help of cutting edge technologies could prove instrumental to catch the violators.

Likewise, the careless driving of two-wheelers and rickshaws has led the traffic more chaotic and unsafe for the smooth flow of traffic.

According to the available research statistics, it is said that Pakistan has been ranked first in Asia and 48th in the world for most deaths caused by traffic accidents. Similarly, as per the World Health Organization (WHO) statistics, 1.2 million people die each year while 20-50 million people suffer non-fatal injuries due to road crashes. Similarly, as per the data published in 2018, the road accident deaths in Pakistan reached 2.42% of total deaths.

Thus the age adjusted death rate is 17.12 per 100,000 of populations. Majority of these road accidents were caused either due to violation of traffic rules, human errors, poor infrastructure, deteriorating road conditions or unfit vehicles.

Most of the roads have neither expanded (from single narrow to double) nor maintained the required level of maintenance work to ensure smooth flow of traffic. The footpath (sidewalk), over bridges, road signals, boundary walls, road lights that facilitate the road users have not been taken seriously.

It has also been witnessed that the drivers were not properly trained to use side mirrors which often had serious repercussions. The majority of accidents in the country occurred due to the mistakes of the drivers.

Therefore, the ratio of the accidents could only be minimized when the drivers start complying with traffic rules. According to Islamabad Traffic Police (ICT) data on annual road casualties, around 93 cases of fatal accidents have occurred in the capital territory from January 1st till December 31st, 2020 causing 99 deaths and hundreds of injuries. Similarly, another 65 non-fatal accidents have also been reported in the vicinity of the federal capital during the period.

Despite the rising ratio in the road mishaps in different parts of the country, the lowest fine rates of 2001 were imposed against the violators and that too only in the ICT. Therefore, throughout the country the traffic rules were not taken seriously. For bringing down the huge annual toll of road accidents, it is a must to formulate a national level road safety policy.

Talking to APP, a resident of Mardan, Sawal Dher, Sajjad Ali whose close friend, Sadaqat Amin died in a fatal road accident last week on Katlangi road when a motorcycle rammed in a loaded trolley tractor, has said that most of the drivers of heavy vehicles (trucks, tractors and trolleys) despite having no driving license were driving recklessly on roads, adding that they were always in hurry even amidst the thickly populated commercial areas during the rush hours and school timings.

He said, “Except the capital city, the whole country has been faced with deadly roads due to careless driving of heavy vehicles in general and that of rickshaws and motorcycles in particular.” He urged the government to formulate a comprehensive national policy for road safety and take prompt measures on a war-footing basis to halt the rising ratio of fatal accidents in the country, he added.

Sherafsar Khattak, a businessman and driver while talking to the agency has said that almost everybody was in a hurry and taking risks for theirs’ as well as others’ lives. He said, “The so-called drivers poked their heads out of the vehicle for taking reverse turns without being able to use side mirrors.”

The site of teenagers who rampantly use motorcycles on roads makes me think about how their parents could allow them and why the traffic police let them go, he added. He urged the authorities concerned to impose heavy fines on those who were found using mobile phones, hands-free devices or headphones during the driving.