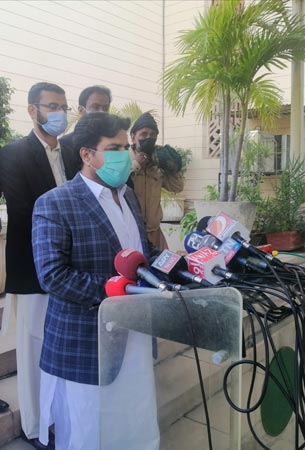 Sindh Minister for Information, Local Government, Forests and Religious Affairs Syed Nasir Hussain Shah stated that Machh tragedy has exposed the real nature of Imran Khan to the nation adding that Khan has lost the reputation he earned with the cricket world cup victory and establishment of Shaukat Khanum Hospital.

Provincial Minister Nasir Shah in a statement on Friday added that the Prime Minister was holding meetings with Ertugrul’s team and YouTubers, perhaps actors and drama stagers were more important than those who were seeking justice for their families in harsh weather condition in Quetta. He said that according to media reports the PM was going to Lahore to meet ‘Wasim Akram Plus’ instead. He also criticised the federal ministers and spokespersons citing the conversation of Special Assistant to Prime Minister Zulfi Bukhari with participants of Quetta sit-in, in which he asked the Hazara community in Quetta what will be the benefit of the Prime Minister’s visit to Quetta.

Syed Nasir Hussain Shah said that there is certain limit of indecency and apathy. He said that PTI ministers and spokespersons had crossed all limits, in fact they were engaged in a race to outdo each other in immorality and slander. The minister said federal ministers and spokespersons were arguing in defence of prime minister that Imran Khan had not attended the final rituals of his cousin and even closest friend Naeem-ul-Haq. This is unacceptable, the minister expressed and questioned what kind of message do they want to give to the nation with this kind of behavior.