Governor urges PDM to engage in talks with govt 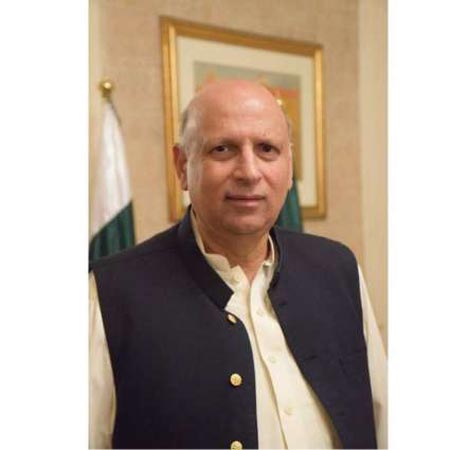 Punjab Governor Chaudhry Sarwar has said that if PDM decides to hold long march, the government will not create any hurdle, but PDM will not get anything from it.

No matter, how hard they try, they will have to come to the negotiating table. There is a clear divide among the opposition parties and everyone wants to protect their political and personal interests. The opposition’s decision to take part in the Senate and by-elections is welcomed. There are many challenges in the country, including inflation, however, the government is using all its resources to address them.

Governor Sarwar said that Fazlur Rehman has had held long march from Karachi to Islamabad earlier and we did not put any obstacle in his way. If the PDM wants to hold a long march we have no objection but I don’t see the PDM having a long march or a million march. The opposition should adopt the course of negotiation instead of protest, because the issues can only be solved through dialogue. He said that the people have given us the mandate of government for five years, so the general elections will be held in 2023.

The governor said that the government has given Insaf Health Card for the provision of health facilities to the poor people through which any poor person can get his free treatment of more than Rs. 700,000. He said that the Punjab Aab-e-Pak authority has started work for provision of safe drinking water to the people of Punjab and will fulfill its promise soon.

Meanwhile, Governor Punjab, in his capacity as Chancellor, approved several summaries on the affairs of universities of the Punjab. According to details, Punjab Governor Chaudhry Sarwar has given additional charge of Controller Examinations to Prof Dr Farzana Rashid from Lahore College for Women University whereas Prof Dr Inayatullah Khan, Vice-Chancellor, University of Engineering and Technology Taxila were nominated as a member of the Rawalpindi Women’s University Syndicate. In addition, the governor gave additional charge of the post of Registrar to Ghulam Ghous, Assistant Professor of the Department of History and Pakistan Studies, Government College University of Faisalabad, while the charge of look after Registrar has been assigned to Dr Shaukat Ali, Additional Registrar, Government College University (GCU).