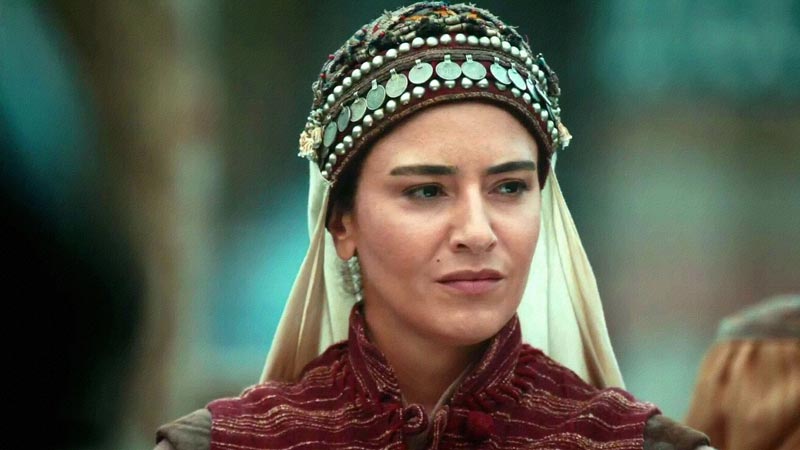 Turkish actors who appeared in ‘Dirilis: Ertugrul’ have become quite popular among Pakistani fans.

The historical TV series, currently being aired by Pakistan Television with Urdu dubbing, is in its third season.

Ezgi Esma Tümen, who played the role of Banu Çiçek in the second and third seasons, also won the hearts of millions of people with her stellar performance in the series.

On Wednesday, the Turkish actress took to Instagram stories to share a picture of fan-made portrait of her character.

She lauded the Pakistani artist who made the portrait by writing “100” in the caption.

“Dirilis: Ertugrul”, the historical TV series started airing in 2014 and ended in 2019.

The show went on to become one of the highly popular TV series in several Muslim countries, setting new records on YouTube.

The series is being aired on Pakistan’s state-run TV on the directives of Prime Minister Imran Khan.