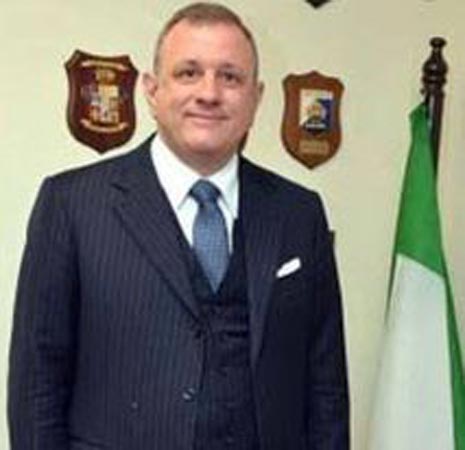 The Italian Ambassador to Pakistan Andreas Ferrarese said Thursday that Italy wanted to start a new era economic and trade cooperation with Pakistan through transfer of technology and for upgradation of Pakistan’s textile industry.

Green economy, transfer of technology for industrial sector including textiles and agro industry, construction sector, education and health are major areas of focus to extend the bilateral cooperation, he told APP in an exclusive interview.

The ambassador said that through the green economy, Italy want to cooperate with Pakistan for environment protection, circular economy, resource saving and management, ecosystem protection and recovery, water conservation and natural disaster prevention.

Replying to a question, he said Italy has established the Italy-Pakistan Textile Technology Center (IPTTC) in Faisalabad at the National Textile University (NTU) to upgrade the local textile sector. He said the training centre, which is the first of its kind for Italian textile machinery technology in Pakistan, was inaugurated in recent past. He said this project was financed by the Italian government to support the development of the local textiles industry, by equipping it with Italian machinery.

Replying to another question on trade situation between Pak- Italy, he said that promotion of bilateral trade between the two countries to its full potential of US $.5 billion annually during next three years from current US $ 1.7 billion was one of the top priorities of his government. He informed that Pakistan exports to Italy were US $.731million during fiscal year 2019-20 with textile, leather, rice, ethanol, textiles articles, sets, worn clothing, cotton, apparel, crocheted, cereals, raw hides and skins, beverages and footwear.

The Italian envoy said currently, Italy was providing technical assistance to Pakistan in textiles, leather and marble sectors. He said dairy and livestock, olive and olive products, plastics, processed food and construction sector were the areas where Italy could extend its cooperation with Pakistan. He said Pak-Italy Joint Economic Commission was the forum for bilateral economic engagement and was expected to meet in Rome in the last quarter of this year.

He informed that out of its whole trade contribution to EU, Pakistan’s share with Italy was 10 percent which would be enhanced in future. The ambassador informed that Italy has become the largest contributor from the EU to Pakistan in remittances.

He said that the construction for the new embassy building was completed and soon they would relocate there. He underlined the importance of promoting cultural connectivity to promote bilateral trade. He said that he would also encourage exchange of students to further strengthen bilateral relations.

She said that there was a need to enable farmers to earn sustainable farm incomes and be globally competitive, adding that creating a transformational agricultural policy roadmap requires a collaborative approach between the government, industry, farmers and the society. “It equally needs to focused on technological innovation, capacity building, market access and risk mitigation”, she added.

She said that digital tools in agriculture can help farmers produce with less resources and make data-driven decisions in real-time, adding that new technologies like drones are revolutionising the world of smallholder farming.

“Drones can help identify weeds, pests and diseases and localise application of agrochemicals”, she said.

She suggested that the Chambers of Commerce on behalf of industry and government may jointly go for the sustainable agriculture by popularising the use of science-based good agronomic practices, that are climate-smart and financially viable. “Enhanced collaboration will be a critical imperative to transform Pakistan’s agriculture”