Investors reposition for stimulus, spending and tax as they look to Biden

Investors are looking ahead to the next US administration after Democrats won control of Congress on Wednesday, a political shift that could strengthen the hand of President-elect Joe Biden in pushing through policies such as more fiscal spending and higher taxes.

Reports of the attacks on the US Capitol briefly shook markets, but investors said the impact would be temporary at best.

After four years of a low-tax regime that has helped buoy stocks, some investors were concerned that a Democratic-controlled Congress – seen as paving the way for tax hikes and other potentially market unfriendly policies – could weigh on markets.

Those worries appeared muted on Wednesday, as both the Dow and S&P 500 hit record highs. The aftermath of the runoff elections in the state of Georgia weighed on technology stocks while sending investors into sectors that underperformed last year, such as banks and small caps.

“Investors, all they are focused on right now is Jan. 20 when Biden takes over, that trumps everything and the election results are final,” said Edward Moya, Senior Market Analyst At Oanda in New York.

Market participants generally assume a Democrat-controlled Senate would raise the chances of new stimulus and infrastructure spending, an outcome that – along with the rollouts of vaccines against COVID-19 – is seen as positive for companies whose businesses have been hit by months of coronavirus-fueled lockdowns and travel restrictions. Bond yields surged while the dollar hit its lowest level in nearly nearly three years before rebounding later in the session.

Bets on economic growth helped spur outsize gains in the shares of infrastructure stocks, energy companies and other sectors that had been among 2020’s biggest losers.

At the same time, the worries over increased regulation by Democrats and a spike in benchmark Treasury yields to above 1% hurt the big technology stocks that had led the markets higher last year. “What happened last night was a game-changer,” said Phil Orlando, chief equity market strategist at Federated Hermes. “The Blue Wave scenario is now back in place.”

Democratic control of the Senate would Biden more scope to act on his agenda, which includes new stimulus and infrastructure spending, although the tight split in the Senate could make it tougher to push through high spending.

It may also pave the way for higher corporate taxes and tighter regulations, policies not typically favored by Wall Street. Technology giants that may see greater legal oversight did not join in a broad market rally which pushed the S&P 500 up 0.6%.

The Russell 2000 index – which tracks US small-cap companies- rose as small-cap stocks are generally seen as the first to recover as the US economy pulls out of a recession.

Cyclical value stocks will likely benefit from larger stimulus and infastructure-spending plans that will be more likely with full Democratic control of Washington, said Eric Marshall, a portfolio manager at Hodges Capital.

“The gap between the haves and the have-nots in terms of growth will narrow and it will be good for companies that make concrete and steel and those areas that are tied to manufacturing,” he said. Some investors were cautious about the potential for sweeping changes.

“While change is in the air for the US, changes in US legislation may not be very radical,” said Holger Schmieding, chief economist at Berenberg. “Any legislation that does not garner some bipartisan support would have to be backed by the most moderate Democrats in the Senate to become law.”

A splurge on infrastructure would also need to be funded by more borrowing, another negative for the dollar, which is already creaking under the burden of historically low US interest rates, a ballooning budget and trade deficits.

“The US basic balance of payments – the current account plus long-term investment flows – is the most negative in over a decade, suggesting there is no underlying demand for dollars,” said Elias Haddad, a senior currency strategist at CBA. 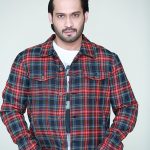 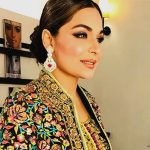 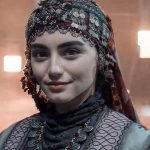 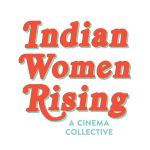 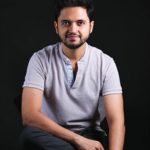