Decade-old BHC ruling for Hazaras’ protection yet to be implemented 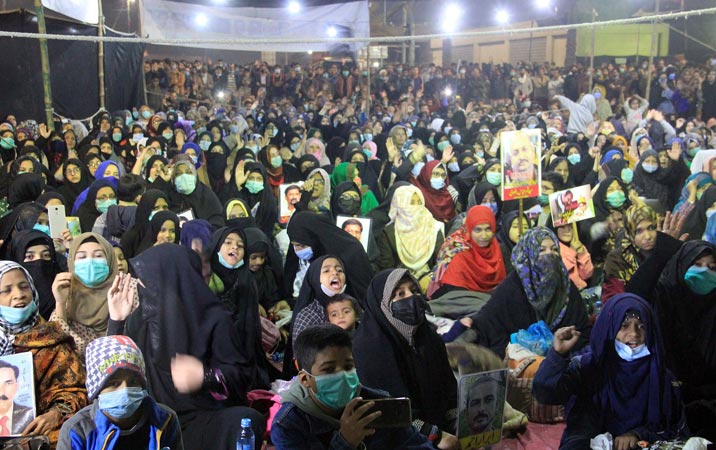 As the gruesome murder of 11 coalminers belonging to the Shia Hazara community in an attack in Mach lit a fireball of protest across the country, a decade-old Balochistan High Court ruling on the issue of target killings of the community has yet to be implemented.

Long before the publication of the Quetta Commission report, Justice Qazi Faez Isa, who was the BHC chief justice then, had taken suo motu notice of the brutal assassination of 26 Hazaras on September 20, 2011, on their way to Iran from Ziarat.

Some 20 directives were passed by the BHC in its judgement for the protection and safety of the people. However, it is ironic that the directives have yet to be implemented.

While authoring the ruling, Justice Isa had directed the authorities concerned that those traveling by the ill-fated bus on September 20, 2011 in the Ganji Dori area of Mastung district were murdered in contravention of the law and the Constitution, and their fundamental rights to life, liberty, dignity, movement and religion were abused, contravened and violated.

(iii) We direct the investigating team of this barbaric crime to thoroughly investigate it and trace out the perpetrators, ensure their arrest and prosecute them in accordance with the law;

(iv) We direct that all concerned extend every possible assistance to the investigating team;

(vi) We direct that telephone and mobile telephone service providers provide their record in respect of this crime provide as required by a senior police officer;

(vii) We direct the Government of Pakistan and the Government of Balochistan to coordinate and develop an effective mechanism, including sharing of information, for monitoring potential terrorists, and apprehending the perpetrators of this and other terrorist crimes;

(viii) We direct the Government of Pakistan and the Government of Balochistan to develop and maintain a data-bank with information of perpetrators / suspects of heinous crimes and terrorist organizations, including their names, aliases, parentage, addresses, photographs, thumb impressions, DNA, telephone number and telephone details, weapons used, particular type of explosives used and their respective modus operandi;

ix) We direct that access to the above data-bank be provided to senior investigators to help determine similarities and linkages between different crimes and criminals so that they can be traced, arrested and prosecuted;

(x) We direct the Federation of Pakistan, through the Ministry of Interior/Defence, to issue requisite instructions to the Frontier Corps (FC) deployed in Balochistan to come to the immediate assistance of the local law enforcement agencies when called upon to do so. Standing operating procedures in this regard should be developed, which should detail how best an effective cooperation methodology between the local law enforcement agency and the nearest FC post be developed;

(xi) We direct that a specialised cell/unit/division be established in respect of terrorist acts committed in the Province and such crimes be investigated by senior and experienced officers of police and/or under their supervisions and all Provincial law enforcement personnel are directed to cooperate with them, including the Levies Force operating in Balochistan;

(xiii) We direct the Federal Government and the Government of Balochistan to complete the Forensic Laboratory being setup in Quetta at the earliest;

(xiv) We direct payment of adequate compensation to the legal heirs of the victims of the said crime, if the same has not already been paid;

(xv) We direct that the Ministry of Information, Press and Publications Department, Intelligence Bureau, Special Branch and all other intelligence gathering agencies of the Federation and the Province to closely monitor extremist and hate literature and its propagation and to bring the same to the notice of the concerned authorities for proceeding against the perpetrators in accordance with the law;

(xvi) We direct the Government of Pakistan and the Government of Balochistan to ensure that the organizations proscribed under section 11-B of the Anti-Terrorism Act, 1997 (“Act”) and those in respect of which observations and orders have been passed under section 11-D, must not be allowed to propagate their views, and strict compliance with section 11-W of the Act be made against the transgressors, including the electronic and print media;

(xvii) We direct strict compliance with the Balochistan Prohibition of Expressing Matters on Walls Ordinance, 2001 (“Ordinance”) and that prosecutions be launched against those violating section 2 thereof;

(xviii) We direct all local councils through their respective heads/administrators to immediately remove wall-chalking within the area of their respective jurisdictions in terms of Section 3 of the Ordinance, and wall-chalking be removed in the following manner: (a) On brick walls by scrubbing it off with a wire brush or grinder; (b) On painted walls by painting over it with matching paint; (c) On cement walls by applying liquid cement; and (d) On mud walls by applying mud thereupon.

(xix) We direct all Deputy Commissioners serving in Balochistan to ensure that the officers of the local councils under their jurisdiction are bringing prosecutions under Section 2 of the Ordinance, and undertaking their obligations under Section 3 of the Ordinance, failing which disciplinary action against the recalcitrant officers be initiated; and

(xx) We direct the Secretary, Local Government, Government of Balochistan and the Commissioners of all the Divisions in Balochistan to seek periodical reports from the Deputy Commissioners under their jurisdiction with regard to compliance of the provisions of the Ordinance.