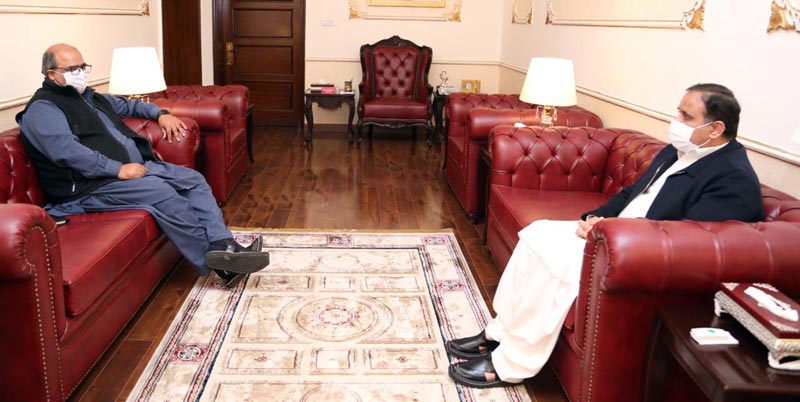 Chief Minister Punjab Sardar Usman Buzdar has said the country is moving towards development and prosperity as the PTI government has taken several steps for public welfare.

In a statement, the CM said the government expenditures have been sufficiently curtailed by the incumbent government. He regretted that national resources were mercilessly wasted in the past in the garb of exhibitory projects. The PTI government has done away with the wrong tradition of wasting national resources because the government money is the sacred trust of the people, he added. Those who bankrupted the country cannot claim to be leaders, he stressed.

The CM reiterated that the direction and commitment of the government are in the right direction. The defeated elements are conspiring against PM Imran Khan from the day one but the public service-oriented politics of the prime minister has foiled every conspiracy. The people will continue to side with the PTI despite the spate of propaganda and the new Pakistan will move forward under the leadership of PM Imran Khan, concluded the CM.

Chief Minister Punjab Sardar Usman Buzdar has thanked Almighty Allah for recovery from corona and added that he is also obliged to the people for their prayers. I will continue the core mission of public service as serving the masses is the main agenda of the PTI government, he added and asked the citizens to follow SOPs as the corona is a viral disease.

In a statement, the CM paid tributes to the scientists adding that a successful test of 140-kilometre long missile system would further strengthen the national defence. Pakistan is a peaceful country but has the full capability to give a befitting reply to any aggression, he added.

Chief Minister Punjab Sardar Usman Buzdar has sought a report from the administration about an incident of fire in Rana Town factory and asked the rescue teams to expedite their operation. The administration should monitor the rescue work on the spot and all resources should be utilized to extinguish the fire, he added. He also extended sympathies to the bereaved heirs and expressed a deep sense of sorrow over the loss of lives.