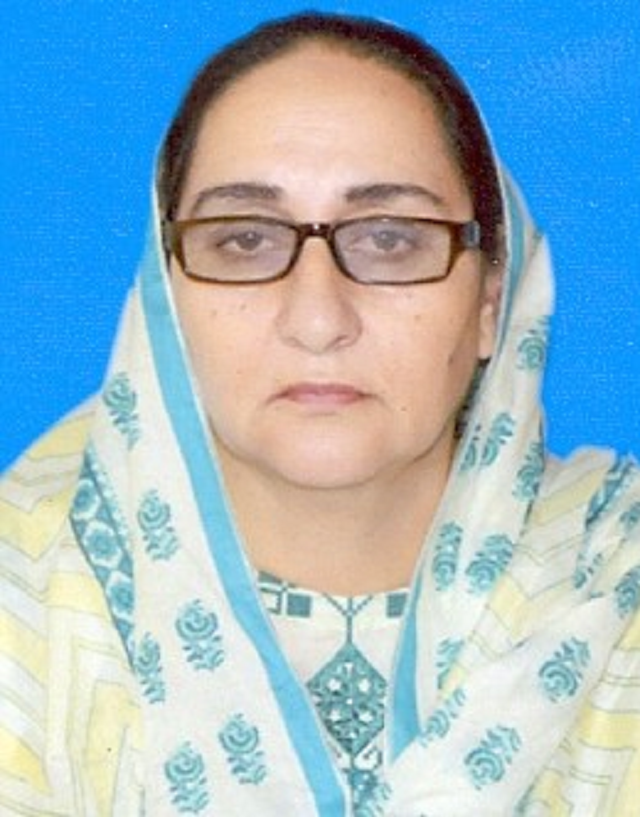 RAWALPINDI: Pakistan Muslim League-Nawaz (PML-N) lawmaker Munira Yamin Satti has succumbed to coronavirus, two weeks after she was diagnosed with the deadly virus.

The Punjab Assembly lawmaker was undergoing treatment for Covid-19 at the Combined Military Hospital (CMH) in Rawalpindi.

Later, Satti was put on ventilator after her condition worsened but could not survive and breathed her last Thursday morning.

She was elected as a Member of Provincial Assembly (MPA) on reserved seats for women in the Punjab Assembly during the 2018 general elections. She also performed responsibilities as a member of Punjab’s women development department.

Satti is the daughter of former federal minister Colonel (retd) Muhammad Yamin Satti, who served as the communication and works minister from 1990 to 1993.

Her funeral prayer was offered in her native village in Punjab at 2:30pm. The Election Commission of Pakistan had suspended her membership on January 16, 2019 after she failed to submit a copy of her assets and liabilities. Her membership was restored on March 6, 2019.

Punjab Chief Minister Usman Buzdar expressed sorrow over the demise of the lawmaker and offered condolence to the bereaved family.

The national tally of total active Covid-19 cases in Pakistan on Thursday reached 34,049 with 2,482 more people tested positive for the deadly virus with 2,122 people recovered from the Coronavirus during the last 24 hours.

During the last 24 hours, Punjab reported the highest number of virus fatalities followed by Sindh. Out of the total 50 deaths, 19 were recorded in Punjab.