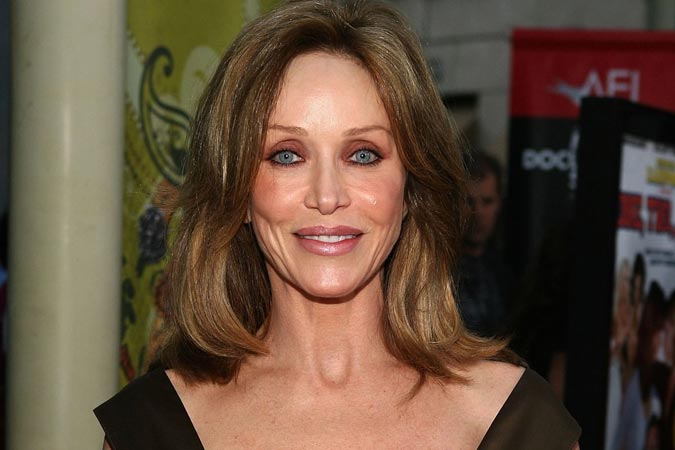 Hollywood is mourning the loss of a screen legend. Days following a premature announcement, Tanya Roberts passed away on Monday, Jan. 4 at the age of 65. The star’s spokesperson, Mike Pingel, confirmed her death in a statement to E! News.

“Her 18-year domestic partner Lance O’Brien received the phone call from Cedars-Sinai Medical Centre last night at their home confirming her passing,” the statement read, adding that Tanya’s “cause of death was from a urinary tract infection, which spread to her kidney, gallbladder, liver and then bloodstream.”

Per Mike, the actress had not tested positive for coronavirus, however, Lance told NBC News in a phone interview that she may have been experiencing symptoms related to COVID-19. He also described his life partner as “the epitome of health and vitality.”

Lance also opened up about the days leading up to Tanya’s passing, recalling that she “wasn’t feeling well” after coming home from a four or five-mile hike on Dec. 23. On Christmas Eve, he explained that things took a turn for the worse.

Lance told NBC News that Tanya went to the bathroom around 4 a.m. PST and collapsed on the floor. “She felt like dead weight,” he mentioned when describing that he was trying to lift her up. After getting her a pillow and some water, he called 911.

Per Mike, the actress had not tested positive for coronavirus, however, Lance told NBC News in a phone interview that she may have been experiencing symptoms related to COVID-19. He also described his life partner as ‘the epitome of health and vitality’

On Sunday, Jan. 3, Lance said doctors asked him to come to the hospital because it was an “end of life situation.” During his visit, Lance told the outlet he saw Tanya’s “eyes rolled into the back of her head and she passed out.”

At that moment, he recalled thinking his partner had passed away. “I felt totally lost. I was crying and crying,” Lance shared, adding that he spoke to Tanya’s rep following his visit. “Mike asked what happened. I told him I said goodbye.”

That same day, Tanya’s rep issued a statement to several media outlets announcing her death. However, on Monday morning, her rep confirmed she was still alive. Lance’s reaction to Tanya’s false death report was also captured on video during his interview with Inside Edition.

On Monday morning, Lance answered a phone call from Cedars-Sinai while he was on-camera. They informed him that Tanya wasn’t dead, to which he responded, “Now you’re telling me that she’s alive? Thank the Lord. Thank God.”

When asked by NBC News why he didn’t confirm Tanya’s death with medical staff earlier, Lance explained, “They told me it was end of life. I was shaken up.” Despite the mix-up, Lance made it clear that the hospital staff was not at fault for the false report. But he noted the entire situation “was a terrible, terrible experience.”

According to Lance and Mike, an online memorial for Tanya is currently in the works. At this time, “The family asks for privacy as they mourn her death.”