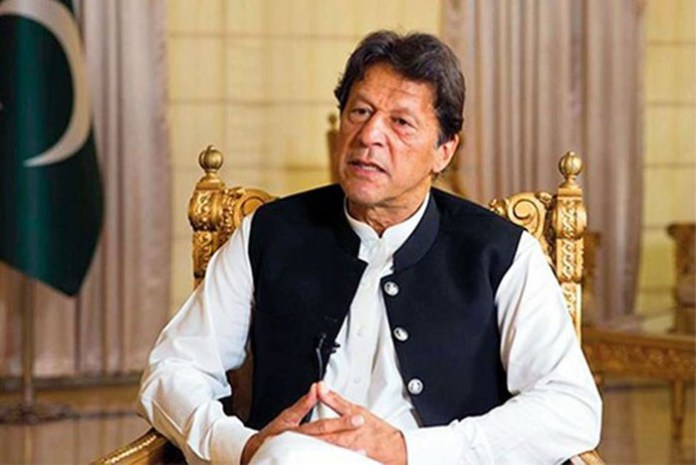 Prime Minister Imran Khan on Wednesday urged the protesting members of Balochistan’s Shia Hazara community to bury the bodies of the miners killed in a brutal attack in Mach, promising he would visit them “very soon”.

Since then, thousands of Hazaras have staged a protest along with coffins containing the miners’ bodies in the western bypass area in Quetta, while members of their community have also held protests in Karachi.

The protesters have said they will not bury the miners’ bodies until Prime Minister Imran meets them and the killers are brought to justice, continuing their protest on Wednesday for a fourth straight day.

“I want to reassure the Hazara families who lost their loved ones in a brutal terrorist attack in Machh that I am cognisant of their suffering & their demands,” the premier said on Twitter, adding that the government was taking steps to prevent such attacks in the future and knew that “our neighbour is instigating this sectarian terrorism.”

“I share your pain and have come to you before also to stand with you in your time of suffering. I will come again very soon to offer prayers and condole with all the families personally,” he said while addressing the mourning Hazaras.

“I will never betray my people’s trust. Please bury your loved ones so their souls find peace.”

Hashtags criticising Prime Minister Imran for not visiting the protesters and stressing ‘Hazara Lives Matter’ have been the top trends on Twitter in Pakistan during the last three days.

Addressing a press conference in Quetta along with Minister for Maritime Affairs Ali Zaidi and Adviser to the Prime Minister on Overseas Pakistanis Zulfiqar Bukhari and members of the Shia community, Alyani said that as Muslims, we “have our religious responsibilities [to bury the deceased]” and these should be fulfilled. “I would request the community to not associate it with some official’s visit,” he added. The minister and adviser arrived in the city late Tuesday night.

Expressing grief over the incident, Alyani said that he was in the United Arab Emirates when he heard the news of the attack and he came back as soon he received negative results for his COVID-19 test. “I held a meeting with [officials from law enforcement agencies],” he said while talking about the steps his government has taken so far.

“Our coming here is witness to how serious we are taking this and owning this,” he said, adding that the Shia Hazara community members “are our brethren and we have no hesitation in talking to them”.

The chief minister said that conditions in the province had “improved considerably” since a decade ago and no such incident happened in 2020.

Alyani said his government did not look at people in terms of their ethnicity or religious affiliation. Mentioning how conditions had improved in the province over the last few years, he said he had also participated in several programmes in Quetta’s Hazara Town.

“But the enemies of Balochistan and Pakistan did not like this. The Balochistan government is a very big stakeholder and we are making efforts to take things forward so citizens and children of this city can progress.”

Referring to the 2019 blast in Quetta’s Hazarganji market that was also targeted at the Hazara community, he said that back then too the authorities had gone to visit the affected community and talked to them and the problem was “solved”.

“We came here to show solidarity with the whole community,” he emphasised. “We will also visit the relatives [of the slain miners]. Wherever they are, we will go visit them.”

Responding to a question about the protesters’ demand for a visit by the premier, he said that “the biggest responsibility” lay with the Balochistan government.

“[The prime minister] will definitely come, the president will come, ministers and parliamentarians will come. But even if the prime minister comes, we have to solve our problems ourselves.”

“We talked to the PM and he will come [but] for God’s sake, the people who have been martyred should now be buried. Your demands are valid but please do not associate the burial with the PM’s visit,” he stressed. He also urged people – irrespective of which party or religious sect they belonged to – to “not play into foreign hands”.