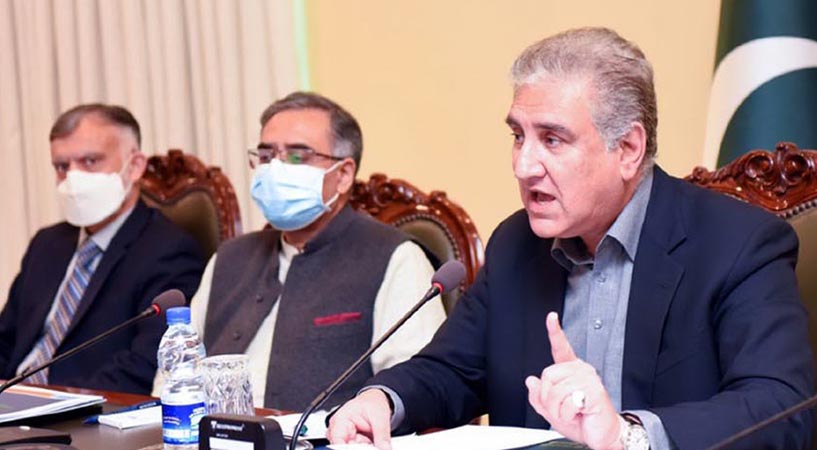 Foreign Minister Makhdoom Shah Mahmood Qureshi on Wednesday, underlining the importance of Africa as ‘continent of future’, said that Pakistan enjoyed friendly relations and political goodwill in African countries that needed to be translated into a more robust economic partnership.

He said Pakistan had embarked on the ‘Engage Africa’ initiative, aimed at expanding Pakistan’s diplomatic footprint and deepening economic engagement with Africa, having 54 countries and a population of 1.3 billion.

Qureshi said that as part of this initiative, Pakistan’s outreach and presence in Africa was being significantly enhanced. An envoys conference on Africa was held in November 2019, followed by the first ever Pakistan-Africa Trade Development Conference in Nairobi in January 2020, he added. He said the initiative had started paying off with a 7% growth in Pakistan’s trade with Africa despite the COVID-19 related challenges.

Underlining the shift from geo-politics to geo-economics, the foreign minister emphasized the importance of economic diplomacy as a key component of modern diplomatic practice.

He said the ministry of foreign affairs was at the forefront of safeguarding and protecting Pakistan’s economic interests through initiatives like the Prime Minister’s Global Initiative on Debt Relief for Developing Countries.

The ministry and the missions abroad were also working on advancing the Roshan Digital Account and the Home Remittances and the Prime Minister’s Economic Outreach Initiatives, he added.

During the meeting, the envoys apprised the foreign minister of their activities in economic and commercial domain.

They highlighted specific steps in follow-up of the Trade Development Conference and apprised of measures to strengthen existing linkages and forging new ones for enhanced economic collaboration.