Risks raising the ire of US President Donald Trump 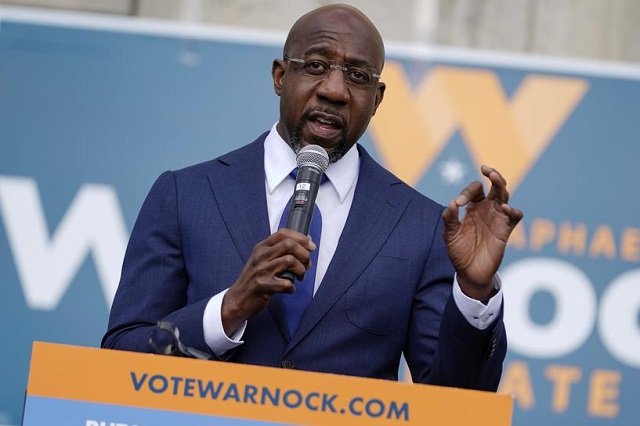 Upstart cable network Newsmax late on Tuesday projected that Democrat Raphael Warnock had won one of two US Senate seats in the state of Georgia in a nail biter of an election that other news channels said was too close to call.

The Georgia elections, which will determine which party controls the US Senate, offered a chance for Newsmax and One America News Network (OAN) – both conservative-leaning news networks – to capitalise on gains since the presidential election in November.

The early call for a Democrat could raise the ire of US President Donald Trump, who ramped up criticism of right-leaning Fox News in November after the network made an early call that Trump had lost Arizona in his race against Democrat Joe Biden, the president-elect due to take office on Jan 20.

For weeks, OAN and Newsmax broadcast baseless theories about election fraud to challenge the dominance of Fox News with conservative voters.

Newsmax aired an ad that showed Trump praising Newsmax and urged viewers to watch the channel to “bypass the big media” and “get the truth about Trump.”

OAN’s Tuesday night coverage included part of an interview with Trump lawyer Rudy Giuliani and a segment about Trump campaigning for Loeffler in Georgia.

Host Stephanie Hamill said of the Georgia runoffs: “There’s really no enthusiasm behind the Democrats for the most part” and described the Republicans as “running against socialists.”

Courting a divided conservative audience will be key to keeping viewers engaged after the US presidential election, which helped Newsmax and OAN attract record audiences. According to Nielsen data, Newsmax ended the year averaging 277,000 viewers per day in December, down from post-election peaks, but up from 60,000 before the election.

OAN President Charles Herring said the network’s audience swelled by more than 40% in the fourth quarter over the third quarter. The network does not subscribe to Nielsen, and Reuters was unable to confirm the numbers.

The Fox News audience was far bigger, averaging 1.9 million viewers per day in 2020. While it dominated cable news in prime time, with 3.6 million viewers on average, its total day ratings have slipped below AT&T Inc’s CNN since the election.

The question remains whether viewers who tune in this week will stick with the upstarts when Trump leaves office, said Frank Sesno, a former CNN correspondent and director of strategic initiatives at George Washington University’s School of Media and Public Affairs.

There will be an audience for their brand of right-wing coverage, he said. “I think the question is how large? How rapt? Does it ever get old?”