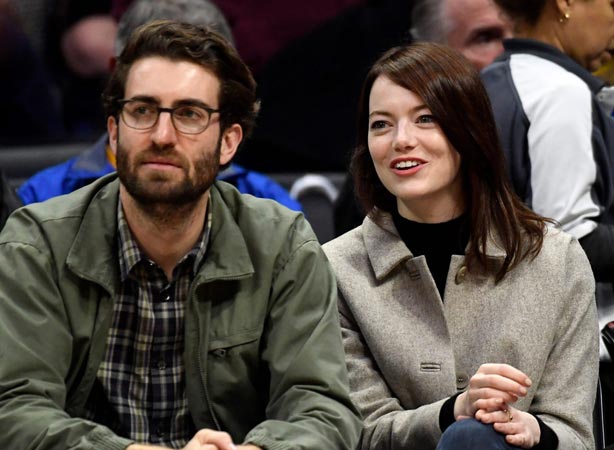 Emma Stone is expecting a baby with the love of her life. A source tells E! News, “Emma is pregnant and just loves married life!”

In photos published by The Daily Mail

on Monday, Jan. 4, Emma is seen cradling her baby bump while out on a walk in Los Angeles.

This will be her first child with Saturday Night Live writer Dave McCary. The couple has yet to publicly address the news, and Emma’s team has not responded to E! News’ request for comment. This past September, People confirmed that the actress and writer

had exchanged vows, though details about the ceremony remain unknown.

Their wedding took place nearly a year after the couple announced their engagement. In December 2019, the duo made the big reveal by simply sharing a photo of Emma’s dazzling pearl engagement ring and a heart emoji to

Since then, the pair has returned to their low-key lifestyle away from the spotlight. For his part, Dave didn’t post about his now-wife or their wedding plans in any capacity and Emma has stayed just as tight-lipped.

Despite their penchant for privacy, it’s clear as day Dave and Emma are head over heels for each other.

When they first went out after announcing their engagement, Emma proudly wore her Winter Pearl engagement ring by designer Catbird, in addition to a huge grin.

With their wedding now checked off the list, the celebs are preparing for the arrival of their little one.

Emma previously shared that while she never saw herself as the type of woman to dream of a wedding and babies, growing older has changed her mind. “My perspective about kids has changed as I’ve gotten older. I never babysat or anything. As a teenager, I was like, I’m never getting married, I’m never having kids,” Stone told Elle. “And then I got older and I was like, I really want to get married, I really want to have kids.”