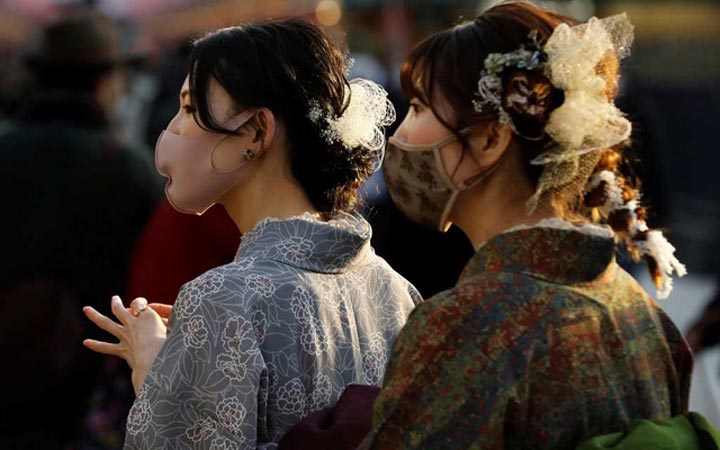 COVID-19 could be a tipping point in the push to retain more women in the workforce in Japan and South Korea and for them to have families with new flexible work arrangements expected to stay, according to researchers and recruiters.

The pandemic has disproportionately hit women’s careers across the globe, with studies finding they are more likely to work in sectors badly impacted by COVID-19 and are picking up a heavier load of unpaid childcare and chores than men.

But in Japan and South Korea, where employees are often under pressure to work long hours in the office with reports of death by overwork, more flexible working could make women rethink leaving jobs to start a family. “If women are given such choice (of flexible working), they will likely utilise the opportunity,” said Kyoko Nagano, a Japanese mother-of-two who has worked in local firms and now runs her own businesses in education and tourism.

“There will be positive impacts. Women will feel safer to have families,” she told the Thomson Reuters Foundation by phone from Tokyo. Japan and South Korea have been pushing for more women to stay in the workforce in recent years as the two Asian nations struggle with a fast-ageing population and low birth rates.

But the gender gap in the workplace remains a challenge in both countries which lag other advanced economies.

Japan is ranked 121 and South Korea 108 out of 153 countries on the World Economic Forum’s 2020 Global Gender Gap Index, with both scoring poorly on women’s economic participation and political empowerment.

Japan in December adopted a new five-year gender equality plan after failing to reach half of a 30% target of women leaders in politics and business by the end of 2020.

Meanwhile, South Korea has the highest gender wage gap among advanced countries at 32.5% in 2019 – more than double the average for the Organisation for Economic Co-operation and Development nations.

“Women workers are often held back because of the lack of flexibility in corporate jobs, and the ‘time poverty’ they face as unpaid care work falls disproportionately on their shoulders,” said Anu Madgavkar of the McKinsey Global Institute.

Women would likely benefit from a hybrid work model of splitting workdays between office and home that is set to persist even after the pandemic, added Madgavkar, a partner at the MGI, the research arm of global consultancy firm McKinsey. “This means women can spend less time commuting and gain more flexibility about how to manage work-related activities alongside care responsibilities,” she said.

Telework has been slow to catch on in parts of Asia which put a strong emphasis on being present at the office, until the coronavirus has forced companies to rethink traditional offices.

Many Japanese firms had resisted home working in the past, and its intense work culture led to the phenomenon of ‘karoshi’, or death by overwork, when employees kill themselves or suffer strokes because of excessive hours.

But about 80% of firms surveyed in Japan said they would continue flexible work after COVID-19, according to a poll of more than 3,000 companies across Asia by recruiting firm RGF Professional Recruitment which showed an “unprecedented shift” in the region.

The move could stop firms from promoting the “traditionally glorified culture of overtime” and put higher emphasis on output than time spent at work that disadvantages women, according to RGF’s Japan Managing Director Benjamin Cordier. “The adjustment has also disrupted how companies evaluate work performance, which may level the playing field for both men and women in the workplace,” Cordier added.

More than half of 100 top Korean companies surveyed by the Korea Employers Federation, a major business group, in September said they would expand work-from-home schemes after the pandemic.

In Japan, tech giant Fujitsu, electronics maker Hitachi, and video game firm Square Enix are among firms that have announced they were offering teleworking as a permanent option.