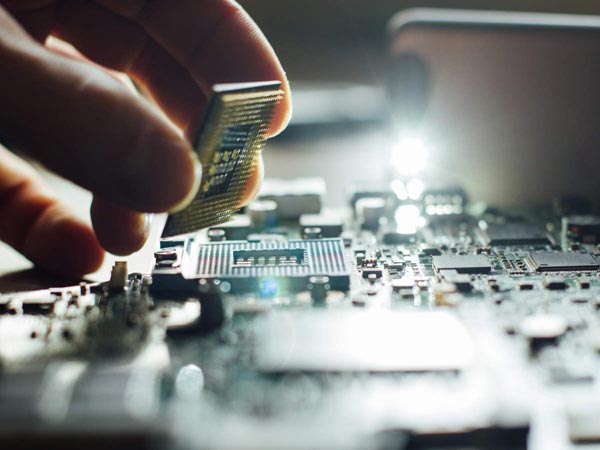 South Korea expects semiconductor exports to rise more than 10% in 2021, marking a second year of robust demand as the coronavirus pandemic spurs companies to add bandwidth for remote work and consumers to spend more on laptops and other devices.

Chip exports, which account for nearly a fifth of the country’s total export value, rose 5.6% in 2020 to $99.2 billion, according to trade ministry data.

“Despite poor demand for chips used in smartphones caused by COVID-19, acceleration of the remote economy drove chip demand for servers and laptops,” the ministry said in a statement

Global smartphone sales, however have begun to pick up as 5G technology is adopted more widely and the ministry expects that will drive prices of DRAM memory chips higher.

Park Sung-soon, an analyst at Cape Investment &amp; Securities, also noted that Huawei Technologies Co Ltd’s rivals are taking advantage of its blacklisting by US authorities to grab market share.

“DRAM prices are expected to rise because there is not enough supply since manufacturers have not increased their capacity for a few years,” he said.

The surging demand has made the chip industry one of the few sectors to do well amid the pandemic. Shares in Samsung Electronics Co Ltd, the world’s biggest maker of memory chips, rocketed 45% higher last year while those of SK Hynix Inc gained 26%.

South Korean investment in semiconductors this year is expected to come to some $18.9 billion surpassing China and Taiwan for the first time in two years. China is expected to invest some $16.8 billion while Taiwan is likely to invest $15.6 billion, the ministry said, citing the industry association SEMI.

The ministry noted that exports of logic chips, which are used to power mobile devices and autonomous vehicles, were valued at a record $30.3 billion last year, accounting for more than 30% of the country’s total chip exports.