Chairman of All Pakistan Cement Manufacturers Association (APCMA) Muhammad Ali A Tabba said Tuesday said that the relief package provided by the government boosted Cement sector growth through increasing demands in construction sector. “The tax amnesty provided by the government, development in low-cost housing sector and revival of China Pakistan Economic Corridor (CPEC) Project were the main contributors to increase growth in cement manufacturing and export,” Chairman, APCMA Muhammad Ali A. Tabba told APP here. He said that the exports of the cement also increased, saying that currently Africa was the potential market for the Pakistan cement exports while regional countries including Bangladesh, Sri Lanka and Philippines were the major importers of Pakistani cement. Quoting the latest data, the APCMA Chairman said that there was around 16 percent growth in cement dispatches during the first half of the current fiscal year (2020-21), reaching to 28.628 million tones from 24.751 million tones last year. 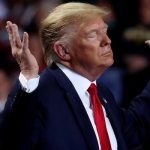 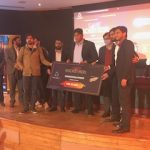