Educational institutions set to reopen in phases from Jan 18

* Classes of students of up to grade eight to resume on Jan 25
* Academic activities of all higher educational institutions to recommence on Feb 1
* Teachers, administrative staff to return to schools from next Monday
* All institutions to have 50 percent students on alternate days as before 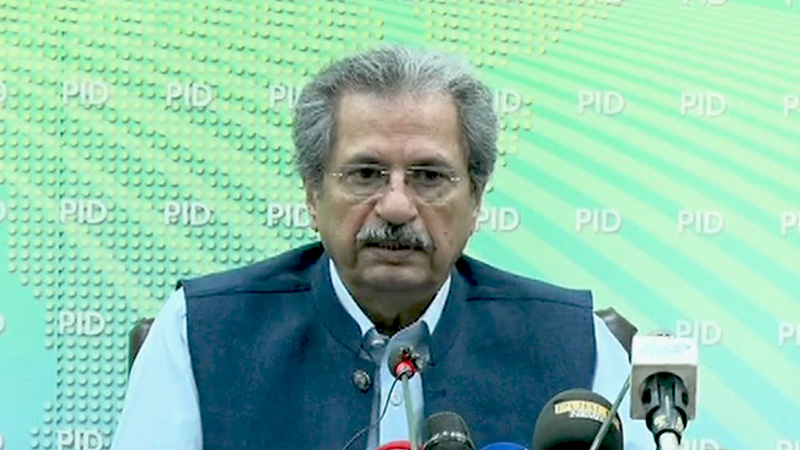 The government on Monday announced to open educational institutions in the county in three phases start from January 18.

The announcement was made by Federal Education Minister Shafqat Mahmood, accompanied by Special Assistant to the Prime Minister on Health Dr Faisal Sultan at a presser.

In the wake of an Inter-Provincial Education Ministers’ conference, both the ministers announced that in the academic activities from grade 9 to grade 12 would be resumed from January 18, and classes from one to eight would resume on January 25.

The academic activities of all higher educational institutions are set to restore from February 1.

To a question, Shafqat Mahmood said that the teachers and administrative staff would be allowed to come back to schools from January 11 after the winter vacations are over.

Elaborating on the decisions taken during the meeting, Mahmood said that board exams which were due to be held in March and April were postponed to May and June because “the children have not completed their coursework and we want to give them time to prepare.”

He added that the government would review the health situation again on January 14 or 15 to examine if the trajectory is under control. “Let me emphasise that this year nobody will be promoted without exams,” he added.

Dr Faisal Sultan suggested that more precautions were needed to control the spread of Covid-19. “When we looked at data and analyzed it, it became clear that we need to take some more precautions and delay reopening so that the second wave can be reduced before we reopen,” he said.

He said that data showed that closing the educational institutions earlier had led to a “delay in [the spread of] the virus”.

Meanwhile, Punjab Minister for School Education Dr Murad Raas in a tweet said that classes in the province would resume according to the schedule announced by the federal education minister. “All institutions will have 50 percent students on alternate days as before,” he added.

At a press conference in Lahore, Raas termed the 50 per cent attendance policy “the most important thing”, saying that schools were being opened “not because the coronavirus situation [had improved] but because the children were incurring huge educational losses”.

Responding to a question, he said that board exams would be held in June. Work would be started on deciding examination centres from now, he added.

Talking about promotion of students to higher classes, he said that 50pc of their assignments would count towards determining their final grades.”Children will not be promoted without exams,” he said.

The government had decided to close educational institutions in November of last year after the country saw an alarming rise in cases and deaths in the second wave of the coronavirus. Mahmood said that a review session would be held in the first week of January and if the situation had improved by then, they would be reopened on January 11.

After the announcement most private school associations applauded the decision. Although the online classes in the schools are in place but majority of the private schools would have been to the government for reopening of schools from January 11 as the winter vacations are scheduled to over.

Educational institutions saw months-long closure in 2020 due to Covid-19. They were closed in March and then reopened in September only to be shut down again the next month due to the constant rise in coronavirus cases.