WikiLeaks founder Julian Assange will not be extradited to US: British court 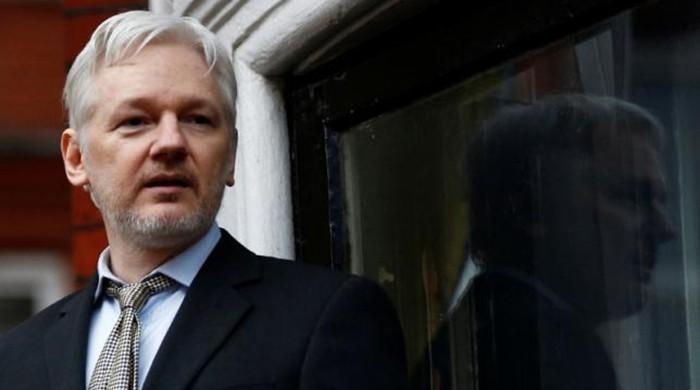 LONDON: A British court on Monday ruled that the founder of WikiLeaks Julian Assange will not be extradited to the United States on espionage charges for publishing hundreds of thousands of secret documents online.

District Judge Vanessa Baraitser said she refused his extradition because of “fears that he could commit suicide.” The hearing was carried out in London’s Old Bailey court.

Assange, 49, faces 18 charges in the United States relating to the 2010 release by WikiLeaks of 500,000 secret files detailing aspects of military campaigns in Afghanistan and Iraq.

The extradition hearing followed over a decade of international legal controversies surrounding the Australian publisher.

If convicted in the United States, Assange could be jailed for up to 175 years.

Before the ruling, both Germany and a UN rights expert expressed concern over the human rights and humanitarian problems presented by the extradition.

Assange suffers from a respiratory condition that makes him more vulnerable to COVID-19, which has infected several inmates at the high-security prison in southeast London where he has been held.

Defence witnesses called during the hearing said Assange´s history of depression meant he would be a suicide risk if sent to the United States and locked up in a maximum-security prison.

He has also complained of hearing imaginary voices and music during his detention.

Kristinn Hrafnsson, editor-in-chief of WikiLeaks, told AFP on Sunday that he was “almost certain” the court will rule against Assange.

In an earlier statement, he had said that “the mere fact that this case has made it to court, let alone gone on this long, is an historic, large-scale attack on freedom of speech”.

United Nations special rapporteur on torture Nils Melzer had urged US President Donald Trump to pardon Assange, saying he is not “an enemy of the American people”.

“In pardoning Mr Assange, Mr President, you would send a clear message of justice, truth and humanity to the American people and to the world,” he wrote in December.

“You would rehabilitate a courageous man who has suffered injustice, persecution and humiliation for more than a decade, simply for telling the truth.”

The prospect of a possible pardon from the outgoing US leader has gained ground following a slew of pardons granted to a number of Trump´s political allies.

The UK hearing in February last year was told Trump promised to pardon Assange if he testified Russia hacked into the computer servers of the Democratic National Committee (DNC) during the 2016 election campaign.

WikiLeaks later published the emails, which proved politically damaging to his Democratic rival Hillary Clinton before the vote.

Stella Moris, Assange´s fiancee and the mother of his two young sons, had also appealed to Trump directly. “The people want you to pardon Assange. Please listen,” she wrote on Twitter on Thursday.

In court, his lawyers argued the charges against him are political while outside supporters have mounted a noisy daily vigil.

Washington for its part claims Assange helped intelligence analyst Chelsea Manning to steal the documents before exposing confidential sources around the world.

After Sweden first issued an arrest warrant for Assange in 2010 over allegations of sexual assault, he sought asylum in Ecuador´s embassy in London, where he remained from 2012 until 2019.

In April 2019, Ecuador, by then ruled by right-wing President Lenin Moreno, revoked his citizenship.

The following day, British police dragged Assange out of the embassy, having been informed that his asylum had been withdrawn. He was arrested by British police for breaching his bail terms.

The earlier Swedish assault investigation against him was later dropped due to lack of evidence.