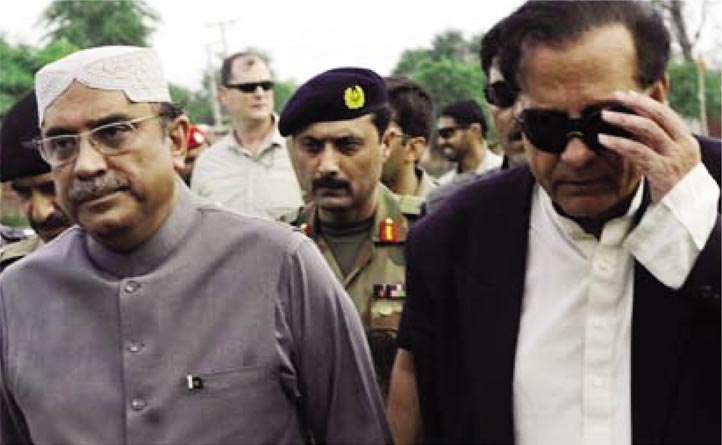 It is nine years to the day that the life of Salman Taseer was cut short at the age of 66 by an assassin’s bullet. His killer was none other than one of the trained men officially assigned, paid and sworn to protect him from harm.

Taseer was a man of many talents:accountant,politician, publisher, businessman, entrepreneur, writer and administrator. Associated with the Pakistan People’s Partysince the 1980s, he rose in the hierarchy to become a minister and finally governor of the Punjab, a position he held at the time of his death in 2011.

In whatever he did, Salman Taseer distinguished himself.But he is most remembered for the one quality which cost him his life. He had his heart in the right place and, in an environment fraught with fear, he spoke fearlessly from the heart.

It takes a very brave man to speak out consistently in defence of Pakistan’s many persecuted religious minorities. It takes extra-ordinary courage to askpublicly that this country’s blasphemy laws need to be revisited. But it demands heroism of historic proportions for a provincial governor to be photographed in jail with an ordinary, poor Christian woman, Aasia Bibi,unfairly condemned to death by those very laws and to plead for justice on her behalf while large mobs bayed for her blood.

Salman Taseer was born in 1944 in Simla, then a part of Punjab in British India, of mixed parentage. His father,M D Taseer was one of the founders of the Progressive Writers Movement in Pakistan, along with Faiz Ahmad Faiz, who later married the sister of the elder Taseer’s wife, thereby making Faiz an uncle of SalmanTaseer. Progressive thinking was thus in the latter’s blood, one might say. He was a progressive to the marrow of his bones and to the last day of his life. In fact, it was his bold progressivism that cost Salman Taseer his life.

While his killer, Malik Mumtaz Hussain Qadri, has bred a generation of nutheads within Pakistan, Salman Taseeris mourned by millions in this country and across the world as a martyr for the cause of humanity, regardless of one’s faith, creed or station in life.

No one engages in politics and statecraft for long without some blemish. Salman Taseer is no exception. His partisan dismissal of the Shahbaz Sharif government in the Punjab in 2009 at the behest of his party bosses in Islamabad,which was later overturned by the Supreme Court, is one such.

If Taseer had pedigree, pen, panache, pelf and power in life, he has left progeny who will make him proud.One son, Shahbaz, who was kidnapped and kept as a hostage for over four years by the assassin’s supporters, continues to speak out bravely for the same causes that had cost his father his life. So does another son, Shaan.A third, AatishTaseer, is an accomplished journalist and writer who has earned the ire of the Hindutva bigots in India for speaking out in defence of minorities, including Muslims, in India.

Salman Taseer’s soul and those who live to mourn his death can take some satisfaction from the fact that it took the painstakingly long but combined and sustained efforts of three successive, mutually antagonistic sets of Pakistani government leaders to finally bring an end to the ordeal of the woman at the centre of this tragedy.

It was the Pakistan People’s Party’s government that arrested and prosecuted Salman Taseer’s killer despite his overwhelming popularity among large segments of the population. It was a Pakistan Muslim League government which could muster the courage to hang him no matter his folk-hero status. And, finally, it was the Pakistan Tehrik-e-Insaf government that was able to get Aasia Bibi’s death sentence overturned and to provide hera safe passage to freedom.

Her prayers alone, and those of her children, should suffice to guarantee Salman Taseer a place of honour in the hereafter. May his soul rest in peace!