A thriller set against endless space and limited time 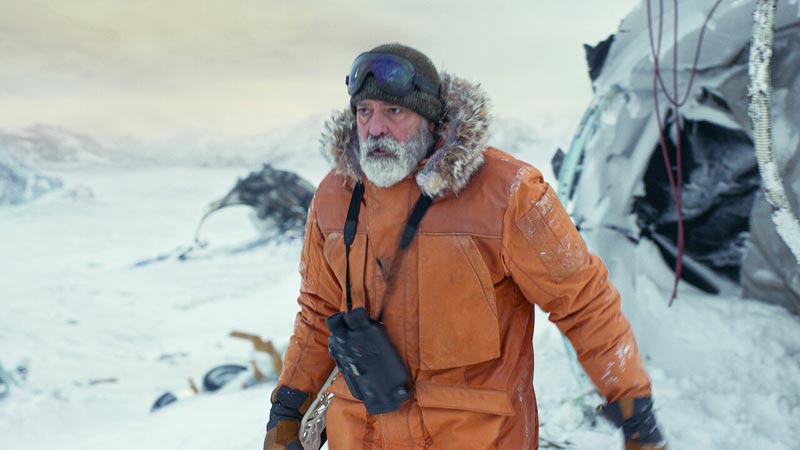 A terminally ill scientist decides to live alone at a space station that has been evacuated due to a crisis on planet Earth. He then takes it upon himself to inform a lone space shuttle on its way back home that there is nothing much left of the Earth to come back to and that they must turn around – this amid very low signals.

Terminally ill scientist Augustine Lofthouse, who has spent his life and career on research and discovery of another planet that people can live on, decides to spend the rest of his days at an evacuated station in the North Pole on Earth. While there, he identifies one active space shuttle, Aether, on its way back home, incidentally after finally discovering this very planet that Augustine was on working on finding. The bitter truth however is the fact that ‘home’ is not a safe place anymore. The year is 2049, and a catastrophe has hit Earth – thereby ensuring it is no more a habitable planet. 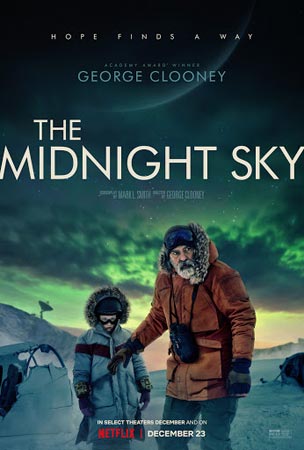 Augustine takes it upon himself to inform the returning shuttle that it would be better for them to turn back. Weak signals compel Augustine to ride across the blistering snow in the midst of a radioactive storm to bring back equipment that will help improve signals on time. Helping Augustine in his endeavour is a little speech impaired girl called Iris, who has supposedly been left behind by her family during the final evacuation.

Back on the shuttle, the team that has left the newly discovered planet, is looking forward to head back and reveal the truth about this new possibility of life. The team of astronauts onboard are a surprisingly chilled out lot, at least compared to character portrayals in other similar films that come under this genre. They play games, talk to holograms of their families, sing along together while on a spacewalk to fix serious signal issues – quite oblivious to the fact that they are heading back to nothing.

There is a deeper connection between Augustine and the members, or rather one member, on the space shuttle which is revealed rather subtly through the screenplay. This strain of the story takes you back and forth in time when a younger Augustine is seen taking that difficult decision of choosing between family and career. What he finally chose is obvious, but what still connects the two choices and takes him back a full circle, is what is explored in a slightly complicated fashion – and in this complexity, is where the film fails to connect. The screenplay reminds one the many films that rely heavily on long and possibly lonely individual performances. A lot of time has been spent on detailing out the situation, flashback and psyche of individual characters, while the actual story and its connection seems to have got lost in transit. However, the action sequences, and the technology portrayed on screen, are worth a visual trip across this midnight sky.