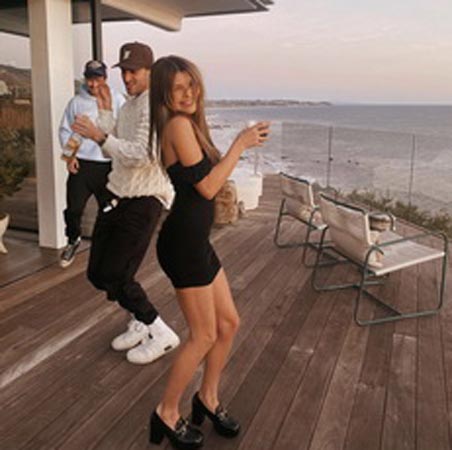 Olivia Jade is ready for new beginnings in 2021. The controversial social media star, who is the daughter of Lori Loughlin and Mossimo Giannulli, took to Instagram on New Year’s Day with a positive and cheeky message. “2021 let’s just keep the vibes good, k?” she captioned her post on Friday, Jan. 1, alongside a series of images and videos that captured her celebration. One clip from the collage showed the 21-year-old influencer dancing to the hit tune “Le Freak” by Chic. For her New Year’s Day festivities, Olivia not only shimmied with a drink in her hand, but she enjoyed an oceanside view with her boyfriend, Jackson Guthy, and their friend, Ray Nowak. At this time, it’s unclear where exactly the trio hung out for the holiday. The YouTube star’s Instagram post comes less than a week after her mom was released from prison for her involvement in the nationwide college admissions scandal. The Fuller House actress began her sentence in October at the Northern California facility FCI-Dublin. E! News confirmed that the star was officially out of jail on Monday, Dec. 28, however, she will still have two years of supervised release and will need to complete 100 hours of community service. She was also ordered to pay a $150,000 fine, which she’s already done.