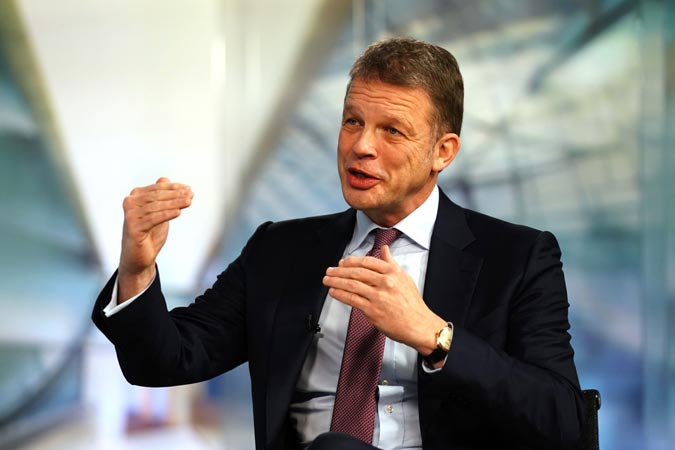 The lender has gained financial strength and its performance has steadily improved, which is why it does not want to be a junior partner in a potential merger and acquisition deal, Christian Sewing told German newspaper Welt am Sonntag in an interview. “In comparison, we are getting better and better and are thus creating the prerequisites for sitting at the table in the event of a possible consolidation of the European banks – and not just as a junior partner,” he said.

“That must be our claim, and that is also important for Germany.” Talks for Deutsche Bank’s merger with Commerzbank fell through in 2019 after it said the costs of the deal outweighed the benefits. Germany’s top lenders cited the need for extra capital, restructuring costs and execution risks as the reasons to abandon the deal.

Sewing is looking to revive Deutsche Bank’s fortunes following years of underperformance. He rolled out a four-year turnaround plan in 2019, which includes closing several businesses, scaling down others and laying off thousands of employees to cut costs and boost revenue.

He is also relying on investment banking businesses to support revenue growth as negative interest rates in Europe have squeezed lending margins for banks and financial institutions.

The lender last month said revenue improved in 2020, which will accelerate Deutsche Bank’s growth through to 2022.

“Until 2022 the focus will be on the bank’s transformation,” Sewing told the German newspaper. ”Every quarter that we’re doing it makes us stronger.”

The bank is “absolutely on target” in terms of income and costs controls. It was able to largely compensate for the stress caused by lower interest rates and higher risk provisions, he said.

“Our corporate bank, for example, was in great demand during the [Covid-19] crisis, even with companies that were not previously our customers,” Sewing said.

In terms of coping with the fallout of the Covid-19 pandemic, the chief executive urged politicians to provide targeted assistance “as soon as possible” in place to support a wide range of companies and businesses. “We have to move from simply managing the crisis to shaping the future,” he said.