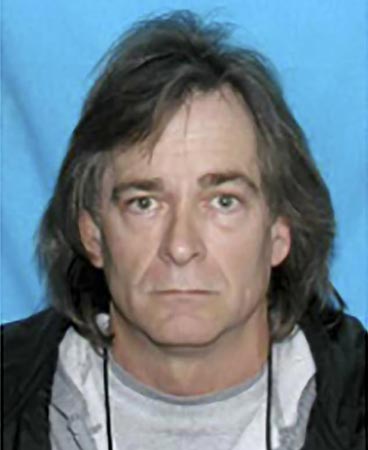 Nashville bomber Anthony Warner sent materials about his views to people he knew, federal investigators said Saturday, with recipient of one of the packages telling local media his letters contained ramblings about aliens and lizard people.

FBI Special Agent Jason Pack said authorities are ‘aware the suspect sent materials which espoused his viewpoints to several acquaintances throughout the country.’

Warner, 63, blew himself up in his RV on Christmas Day in downtown Nashville in a massive explosion which damaged dozens of buildings and injured several people. Officials have not released a motive.

Pack did not release additional details about what the packages from Warner contained.

But one of Warner’s friends told local media they were full of strange musings.

He told local station WTVF that he received a package from Warner, postmarked December 23, on New Year’s Day.

Warner wrote about finding something in the park.

‘The knowledge I have gained is immeasurable. I now understand everything, and I mean everything from who/what we really are, to what the known universe really is,’ he said.

He discussed conspiracy theories, writing: ‘The moon landing and 9-11 have so many anomalies they are hard to count.’

Warner said that ‘September 2011 was supposed to be the end game for the planet,’ because that is when he believed that aliens and UFO’s began launching attacks on earth.

He further wrote about reptilians and lizard people that he believed control the earth and had tweaked human DNA.

‘They put a switch into the human brain so they could walk among us and appear human,’ Warner wrote.

Warner did write extensively about ‘perception,’ adding that ‘Everything is an illusion’ and ‘there is no such thing as death.’

He did not mention AT&T, outside whose building he detonated his RV; nor did he give a motive.

His letter was signed by ‘Julio,’ a name Warner’s friends say he often used when sending them e-mails.

A source told NewsChannel 5 Investigates that Warner also had a dog named Julio.

The friend turned the package over to the FBI.

The bombing occurred Christmas morning well before downtown streets were bustling with activity.

Police were responding to a report of shots fired Friday when they encountered the RV blaring a recorded warning that a bomb would detonate in 15 minutes.

Then, inexplicably, the audio switched to a recording of Petula Clark´s 1964 hit ‘Downtown’ shortly before the blast.