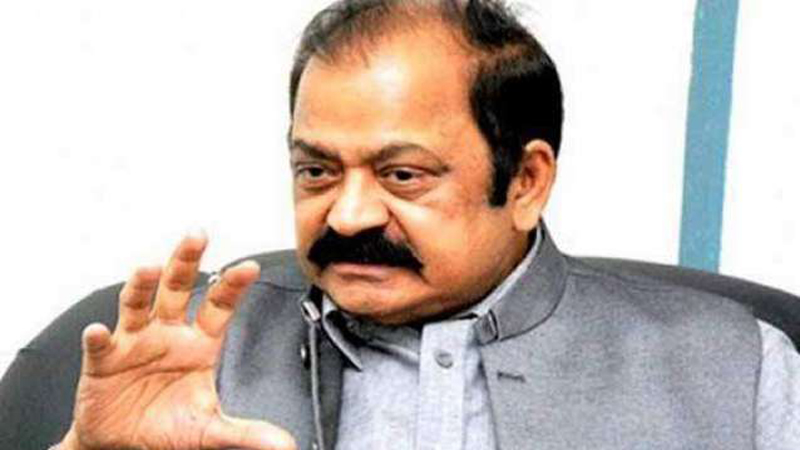 Rana SanaullahAn anti-narcotics court in Lahore deferred the indictment of Pakistan Muslim League Nawaz (PML-N) leader Rana Sanaullah in drugs recovery case on Saturday. The anti-narcotics court conducted the hearing of drug recovery case against PML-N leader Rana Sanaullah. Sanaullah arrived in the court after some delay to which his lawyer said earlier that the motorway was closed due to dense fog and his client will appear in the hearing in a while. The court asked the prosecutor to continue giving arguments in the case. The prosecutor told the court that copies of the statements against Sanaullah could not be provided, however, the testimonies had been recorded in accordance with the law. During the hearing, the defence lawyer said that the case related to Rana Sanaullah was unlike other routine cases. He said that it was his client’s legal right to obtain copies of the statements against him regarding the allegations of supplying drugs internationally by the Anti-Narcotics Force (ANF). The court reserved its decision on the Sanaullah’s plea for getting the copies of the testimonies in case which would be announced in the next hearing. Later, the court adjourned the hearing of the drug recovery case till January 11. Rana Sanaullah had been arrested last year in July by the Anti-Narcotics Force (ANF) from the Islamabad-Lahore motorway near the Sukheki area.