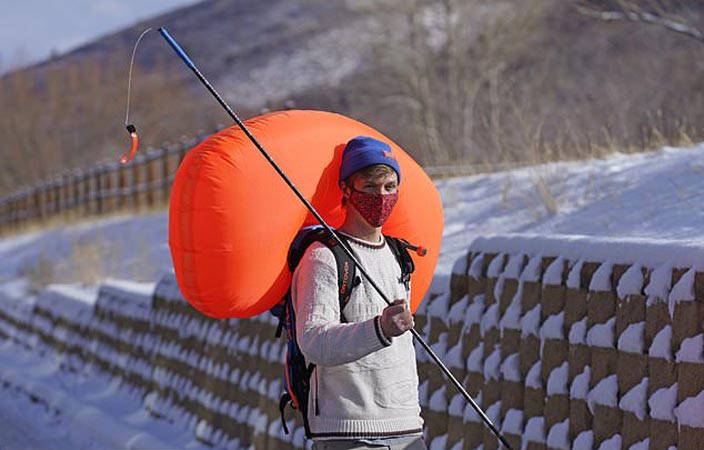 On March 14, Colorado’s governor issued an executive order shutting down ski resorts across the state. The coronavirus had arrived and was spreading rapidly in small mountain communities that were attracting hordes of spring break revelers.

The next day, with chairlifts and gondolas hanging idly overhead, a large group converged on Aspen Mountain, passed a closure sign and “skinned” up the slopes under their own power to get in a few hard-earned turns.

In the following weeks, skiers and snowboarders with nowhere else to go were increasingly lured by the untouched powder of the backcountry. In the nine weeks after resorts closed, 32 people were caught in avalanches, including two who were killed, according to the Colorado Avalanche Information Center. During the previous four months, 65 people were swept up in slides.

Now, with another ski season getting underway, avalanche forecasters and search-and-rescue groups are concerned that large numbers of skiers and snowboarders will again turn to the backcountry to avoid crowds and reservation systems at resorts.

“Pretty much everybody´s worried about that,” said Ethan Greene, director of the avalanche center, which has already recorded four backcountry skier deaths in Colorado this winter. “A lot of that is because of what we saw in the spring and then definitely what search-and-rescue saw over the summer, which was a dramatic increase in search-and-rescue calls.”

The situation was similar in neighboring Utah, where avalanche forecasters recorded more than 100 human-triggered slides across the state from mid-March through the end of April, including 50 during one 48-hour period, according to Nikki Champion with the Utah Avalanche Center.

“(Backcountry) users increased tenfold during April and COVID in general. … We’ve had a lot of new users traveling with techniques that kind of suggested that they haven´t spent a lot of time in the backcountry,” Champion said during a virtual forum in October that was organized by the trade association Snowsports Industries America.

In August and September, sales of alpine touring equipment – including bindings, boots and skis – and backcountry accessories such as avalanche shovels, beacons, probes and skins increased 46% compared to the same period in 2019, according to Snowsports Industries America and The NDP Group, a large market research company.

Sales of backcountry split boards – snowboards that separate into halves resembling skis and can be equipped with climbing skins – increased 191%, and snowshoe sales were up 221%, according to the study. A similar increase was seen in Nordic equipment, which includes cross-country skis, boots, bindings and poles.

He said the outdoor retailer quickly sold out of its remaining backcountry gear when resorts closed last spring. That spike has continued into the fall and winter months, and the shop has at least doubled what it normally sells this time of year.

The increased interest in the backcountry has been a lifeline for the outdoor retail industry amid the pandemic, but it has also renewed a push among gear manufacturers and stores to sell responsibly. That could come in the form of recommending guide services, pointing customers to avalanche safety courses and telling them where to find avalanche forecasts.

White Pine Touring, like many backcountry shops, offers a guide service and avalanche courses to ensure that anyone buying equipment has the opportunity to learn how to explore the backcountry safely.

“If we´re going to sell backcountry ski equipment, then we have to provide the knowledge to use that equipment, too,” said Scott House, an avalanche educator at the store. “It wouldn´t be fair to sell someone skis and beacons and probes and then say, `Good luck. Hope you make it.'”

“Look both ways before you cross the street. Buckle your seatbelt because that saves lives,” he said during the forum organized by Snowsports Industries America. “This is kind of the public service mentality that we all need to adopt and continually keep pressing, whether you sell the gear, whether you make the gear, whether you are at the place that people use the gear.” But getting that education could be more difficult this season because the pandemic has forced what has historically been hands-on training to migrate to the internet, and there are not enough backcountry guides to meet demand.

House said every spot in the season´s upcoming avalanche safety course at White Pine Touring was filled within 24 hours and was “hands down the fastest we´ve seen courses sell out.”

So in lieu of that traditional training, retailers are trying to offer safety information at the point of sale, and avalanche forecasters are trying to reach backcountry skiers on the slopes and online through the “Know Before You Go” program.