Punjab Women Protection Authority (PWPA) and Idara-e-Taleem-o-Aagahi (ITA) in collaboration with Oxfam in Pakistan organized a consultative meeting on the progress and amendment of laws and bills related to ending Violence against Women & Girls (VAWG) and Child Early & Forced Marriages (CEFM) in Lahore on Thursday. 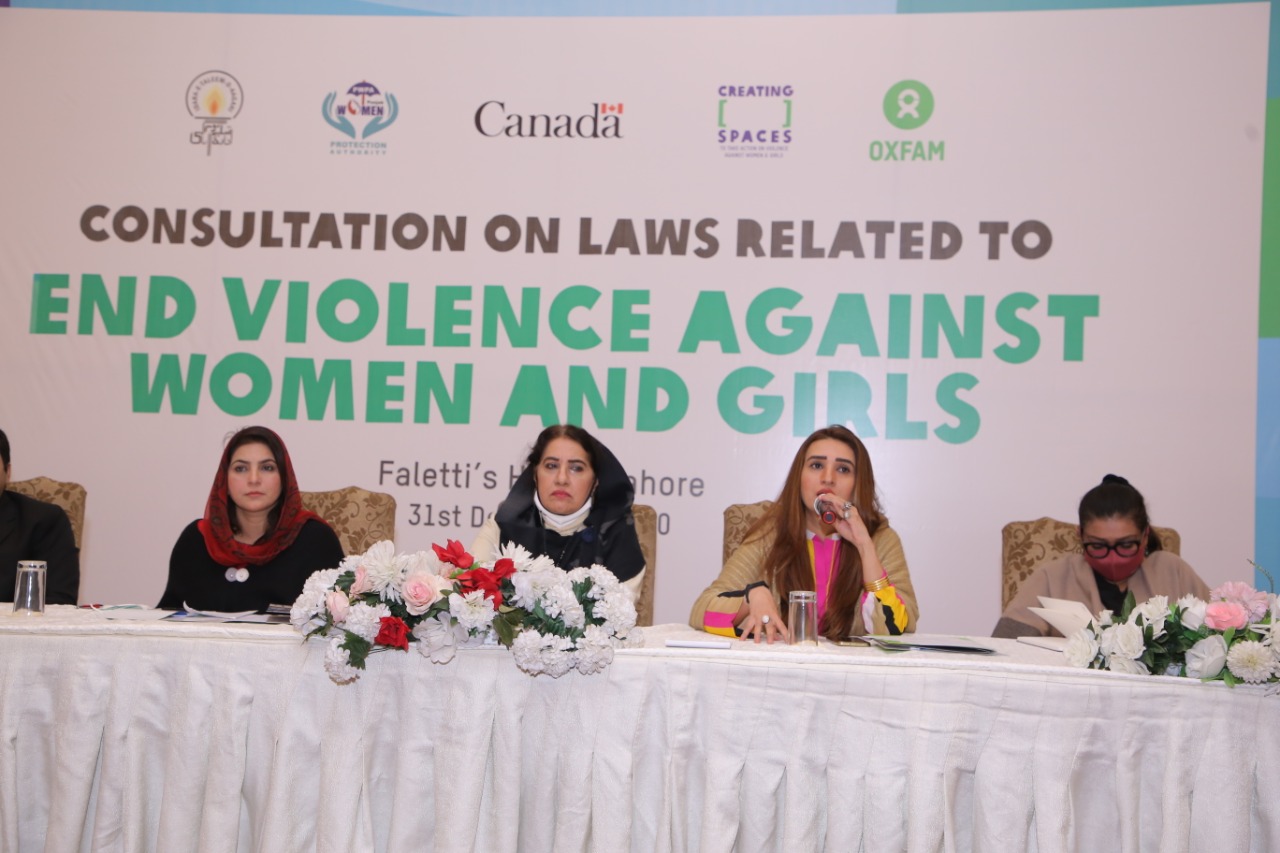 According to the Pakistan Demographic and Health Survey 2012-2013, a staggering 32 per cent of women have experienced physical violence in Pakistan and 40 per cent of ever-married women have suffered from spousal abuse at some point in their life. While the Government of Pakistan has passed various laws to prevent violence and support those affected by it, the conviction rate for violence against women sits at only 1-2.5 per cent. Resources and services for women survivors of GBV remain scarce. The event thus aimed to engage multiple stakeholders, including lawmakers, civil society and departments concerned like PWPA, Women Development Department, Child Protection and Welfare Bureau (CPWB), Social Welfare Department to strengthen linkages and to reflect on the existing women and child protection laws and their implementation.

Meanwhile, Advocate Sahar Zareen Bandial shed light on the legal frameworks related to VAWG and CEFM in Punjab and its implementation while PWPA DG Irshad Waheed spoke about the role of PWPA in eliminating VAWG. Creating Spaces community leader Raheela William shared the challenges faced at grass roots level in helping the women suffering from violence.

MPA Uzma Kardar urged other relevant sectors to play their role in ending gender based violence and called for increasing the number and capacity of Gender Cells to maximize facilitation to women and girls.

MPA Bushra Anjum Butt shared the commitment of Punjab government to end VAWG and the necessary steps being taken in this regard.