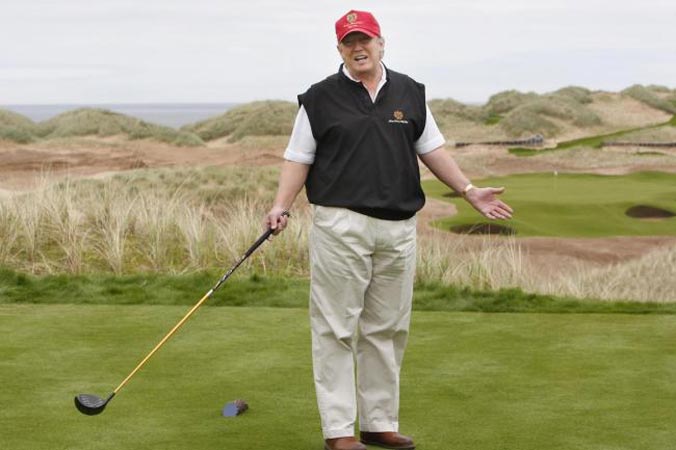 LONDON: A golf course built by USA President Donald Trump in Scotland reported continued losses in 2019, accounts filed with the UK companies register and published on Friday showed. Trump International Golf Club Scotland Ltd (TIGCS), which owns and operates the Trump International Scotland course, its clubhouse and a small hotel, said that despite an 18% rise in revenue, losses rose 3% to £1.1 million ($1.5 mln). It said green fee rates and membership demand were rising and that it had expanded its events facilities to meet additional demand. But payroll and other costs also rose. The course, north of Aberdeen, has not posted a profit since it was opened in 2012. The company said its 2020 performance had been severely affected by the coronavirus pandemic, which forced the closure of the course for part of the year and which limited guest numbers due to social distancing rules and curfews. It did not publish figures for 2020. TIGCS said “significant progress” had been made on a plan to build a 550 unit residential village beside the course at Balmedie. That project could net Trump more than $150 million in profit.