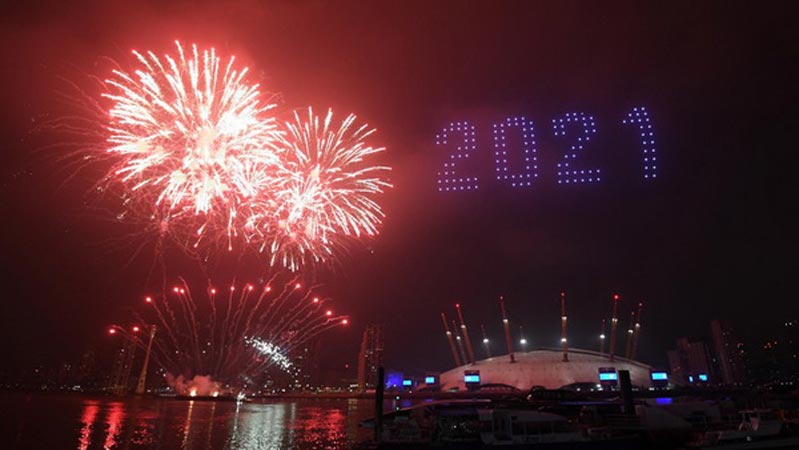 Fireworks soared into the sky above the Sydney Opera House, but the harbour below was a deserted ghost town, a fittingly creepy send-off for a year that will not be missed. No light show illuminated Beijing from the top of the TV tower. St Peter’s in Rome was almost empty for vespers. London’s Trafalgar Square, Moscow’s Red Square, Madrid’s Puerta del Sol and New York’s Times Square were all barricaded off. Good riddance, 2020. Hello, 2021. While some cities would launch fireworks over empty streets, others, such as London and Singapore, called off their displays. Paris, Rome and Istanbul were under curfew. New York’s countdown ball was set to drop on Broadway. But in place of thousands of people jammed shoulder-to-shoulder in Times Square, the audience would be a few dozen pre-selected key workers – including nurses, doctors, a grocery store worker and a pizza delivery man – their families kept six feet apart in socially distanced pens. Organisers booked Gloria Gaynor to sing her disco classic “I Will Survive”.