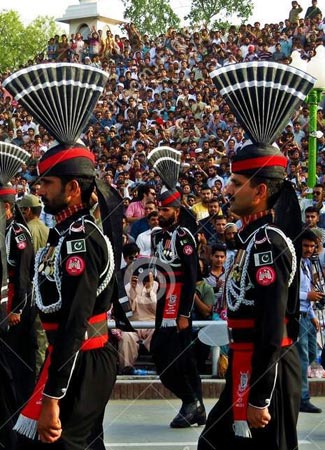 The Turkish actress, who won hearts with her role as Aslihan Hatun in the historical drama series Dirilis: Ertugrul, shared some clips of the grand flag-hoisting ceremony at Wagah border between Pakistan and India and found it ‘impressive’.

The charming actress expressed her excitement as she was surprised to see the stunning ceremony at the Wagah border, saying: “I saw it on TV today and it is really impressive.”

‘Ertugrul’ Aslihan Hatun also wrote that the ceremony is observed daily in Pakistan for years, ‘which itself is astonishing.’

Previously, Gulsim Ali expressed her desire to visit Pakistan and meet her fans in the country.

Gulsim Ilhan Ali is a Turkish television actress and model. She is best known for her role as ‘Aslihan Hatun’ in the historical drama series Dirilis: Ertugrul.