Imran determined to ‘win the match’ 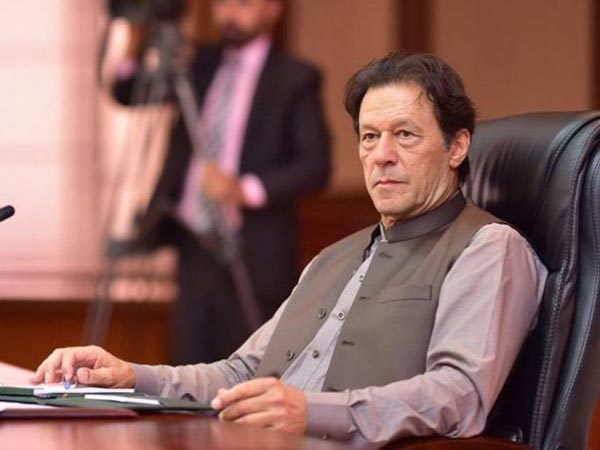 Prime Minister Imran Khan Friday, while reiterating his government’s resolve to uplift the people’s living standard and improve justice system, hoped that the year 2021 will bring about good time for Pakistan.

The prime minister, in his first interview of the new year with a private television channel, said all the reshuffles in federal and provincial cabinets and bureaucracy will become irrelevant before a question whether Imran Khan improved the lives of people after five years. “You get a mandate for five years. I will not commit to not change my team. I am the captain and always kept changing the team. I have to win the match. I have to make Pakistan win,” he said.

Imran Khan expressed the hope that after five years, the common man would acknowledge uplift in his living standard and justice system, and feel that he is out of poverty. Calling him a prime minister of the common man, not the elite class, he said the first two years were very tough. “These were the most difficult years of my life. I have very good feelings. My instinct is saying that 2021 will bring about a very good time for Pakistan,” the prime minister remarked.

Reaffirming his stance of no NRO to the opposition for their corruption cases, the prime minister said it would be an act of treason or opportunism if he does so. To a question, he assured of action against any of his ministers found involved in corruption. “I will take action. This has been my ideology for 24 years. The corruption by an SHO (station house officer) or a patwari (revenue officer) disturbs the people only, but that by a prime minister or ministers destroy the country,” he remarked.

He announced that the government would approach the Supreme Court for setting up a special court to hear the corruption cases of ministers on day-to-day basis, if any, and decide their fate within minimum possible time.

To a question, he said he had never called himself ill-prepared to run the government, rather he proposed at least six weeks for prior briefings by the state machinery on government affairs to a newly elected government, on the pattern of the United States. “When I came into power, I came to know the PIA was under 450 billion debt and the steel mill was shut down due to its 3.5 billion debt. The PSM employees had filed cases due to which the investors didn’t show their interest in investing. I was of the view that the presentations would be helpful before coming into power and when you assume office, you would immediately start work,” he added.

He said during first two years, the Pakistan Tehreek-e-Insaf (PTI) government had paid back $20 billion debt, spending half of its receipts and leaving behind a limited money for public welfare. Recounting the government’s achievements on economic front, the prime minister mentioned the surplus current account, increased exports, improved stock market and textile industry running at full capacity – all due to the pro-business policies.

To a question, Imran Khan explained that he formed a coalition with the Muttahida Qaumi Movement (MQM) after they had parted ways from ‘terrorist’ Altaf Hussain. However, he had already announced to never form any coalition with the Pakistan People’s Party (PPP) or the Pakistan Muslim League-Nawaz (PML-N) as they would impede him in his mission of accountability and purging the country of corruption, he added.

He said the coalition parties were pursuing the government’s policies and PTI’s manifesto, and rubbished the notions of any differences with the Pakistan Muslim League-Quaid (PML-Q), MQM or Grand Democratic Alliance (GDA).

Regarding the Pakistan Democratic Movement’s (PDM) anti-government campaign, he said since the start of PTI government, the opposition have been giving repeated deadlines for its ouster but they always failed.