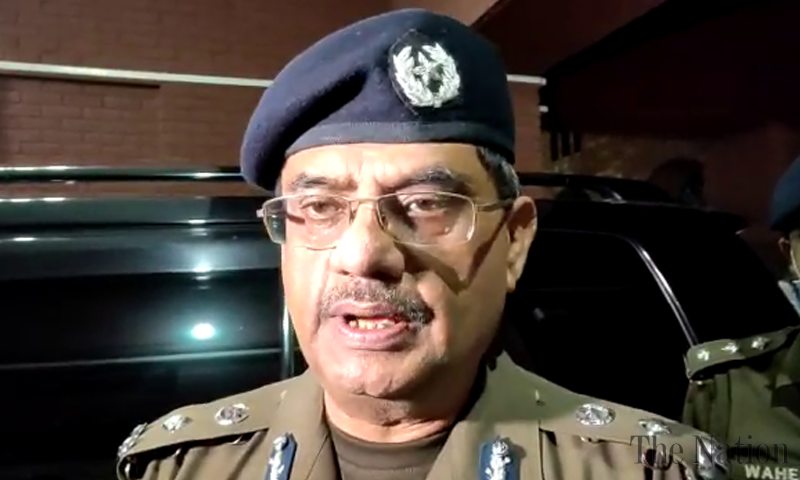 cm-buzdar-removes-ccpo-lahore-umar-sheikh-1609497919-8046The Punjab government on Friday removed Umar Sheikh from the post of Lahore Capital City Police Officer, according to a government notification.

Dogar, who hails from Sialkot, is counted among some of the most professional, able and experienced police officers in Pakistan. He holds BSc Civil Engineering and MSc degrees, according to information released by the Punjab Inspector General of Police office. He joined the Police Service of Pakistan (PSP) as an assistant superintendent of police (ASP) in 1993 and belongs to the 21st Common Training Programme. Since the start of his police career, Dogar has served on numerous positions in various cities of Sindh, Balochistan and Punjab.

Umar Sheikh made headlines after his comments on a case when armed men had subjected a woman to gruesome sexual assault on the Lahore-Sialkot Motorway after midnight. In what became one of the most high-profile rape incidents that triggered protests across Pakistan, Umar Sheikh had shifted the blame on the survivor, making victim-blaming comments that led to an uproar among the members of the civil society. Though he had apologised a few times, he continued to issue statements and pass controversial comments which brought numerous complaints to CM Buzdar.

According to a private TV channel report, amid several complaints lodged against Sheikh, the Punjab chief minister was informed that he assigned an amputee officer to Buzdar’s security and another employee who earlier worked with police vans. In another case, he misbehaved with a superintendent of police (SP) when he resumed work after sick leave. The CCPO also hurled abuses at several police officers, causing unrest in the force.

The actions and behaviour of Sheikh – who was brought on the recommendation of Adviser to the Prime Minister on Accountability and Interior, Shahzad Akbar to deal with the land-grabbing mafia – caused a lot of resentment among the Lahore police. Reportedly, the CCPO would summon whoever he wanted, handcuff them, and have them thrown behind the bars. He was reportedly never present in his office during the official work hours but used to go there at night. He was also never on good terms with the public.

Prior to his victim-blaming comments, Sheikh had also misbehaved with the inspector-general of police (IGP) for Punjab, Inam Ghani. He was not present for a meeting on law and order situation – held at the Lahore registry of the Supreme Court of Pakistan – and presided over by a senior judge who filled in for the chief justice of Pakistan, Justice Gulzar Ahmed. When asked where the CCPO Lahore was, IGP Ghani was directed to call him in. Upon arrival, Sheikh said he was ‘busy with some other matters’, a statement which shocked the meeting’s participants. As the meeting concluded and the participants left, Ghani asked the CCPO if he even knew what was the required etiquette for such events and how it was unwise of him to be absent. In response, Sheikh reportedly told the IGP that he knew his work “very well” and that he did not need anyone “to tell [him] how to do [his] job.”

In yet another case, former SP Cantt, Dr Anoosh Masood Chaudhry, misbehaved with the senior superintendent of police (SSP) for investigation in Lahore, Abdul Ghaffar Qaisrani, telling him not to interfere with her official matters when Qaisrani initiated an inquiry in a land-grabbing case.