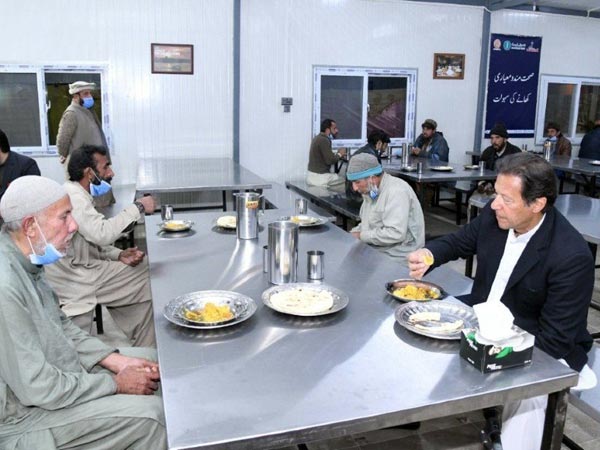 The Panagah initiative is very close to the prime minister’s heart which was launched in the very beginning of his term. The prime minister spent first evening of the new year with the poor people at the facility. He joined the beneficiaries over the dinner and interacted with them.

This is the fifth such facility in the federal capital being run according to the defined standards to ensure quality and serve the poor people with dignity.

The 100-bed facility had been established with the collaboration between PBM and Turkish cultural ministry.

At the Panagah, 10 beds had been specified for the women He questioned them about the condition of their livelihood and assured them that consequent to government’s economic policies, the employment opportunities would enhance in the near future.

Earlier, in the day, the prime minister had also announced that as his new year resolution, he would execute a project to ensure that no one slept hungry across the country. The prime minister also visited EZ Shifa telehealth kiosk set up at the Panagah to provide free medical checkup to people and consult with 500 doctors from across the world.