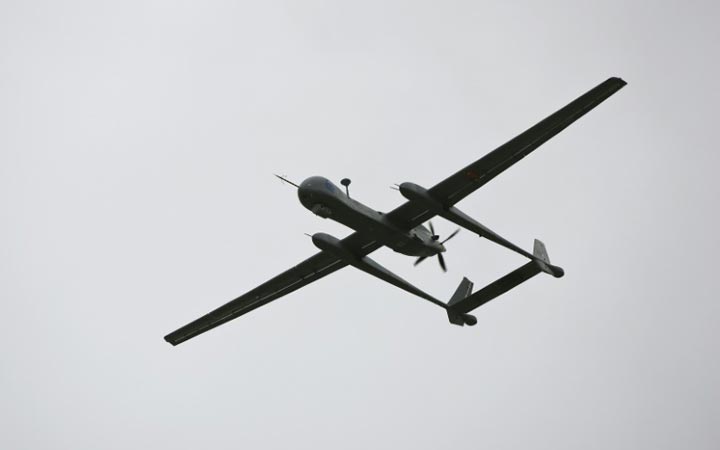 Should the German army be equipped with killer drones? With less than a year to go before a general election, it’s a question that has bitterly divided Chancellor Angela Merkel’s coalition government, testing NATO’s patience.

German armed forces have so far only been allowed to use reconnaissance drones as part of military missions in Mali and Afghanistan, leaving it to other international partners to deploy armed drones. In 2018, Germany signed a contract to lease five new Heron TP drones from Israeli manufacturer IAI with the initial purpose of using them only for surveillance, although they can be equipped with missiles if desired.

Merkel’s conservatives and their centre-left Social Democratic (SPD) coalition partners agreed at the time that parliament would have the final say on any future arming of the drones.

Any kind of military action remains a sensitive issue in Germany, a nation scarred by its past as the instigator of two world wars.

But calls have also grown louder in recent years for Germany, as a major European country with considerable political and economic clout, to take on more international responsibility in matters of defence and security.

Merkel’s CDU/CSU conservatives have backed arming the remote-control drones, along with some SPD members. The liberal FDP and far-right AfD opposition parties are also in favour.

The opposition Greens and the far-left Die Linke are fiercely opposed.

The debate came to a head in mid-December when SPD co-leader Norbert Walter-Borjans and the chairman of SPD’s parliamentary group, Rolf Muetzenich, unexpectedly spoke out against the arming of the unmanned aerial vehicles.

A vote in the German parliament has now been postponed indefinitely.

“The line between defending the lives and limbs of our soldiers and killing with a joystick is very thin,” Walter-Borjans said.

But the chairman of the prestigious annual Munich Security Conference, Wolfgang Ischinger, disagrees.

“What does a pilot (of a fighter plane) do, if not kill by joystick, by pressing a button 50 kilometres away, without seeing his target, and firing an air-to-ground missile?”

Muetzenich said he wants a comprehensive ethical debate on “automated killing” by the Bundeswehr armed forces, which he says half of Germans oppose.