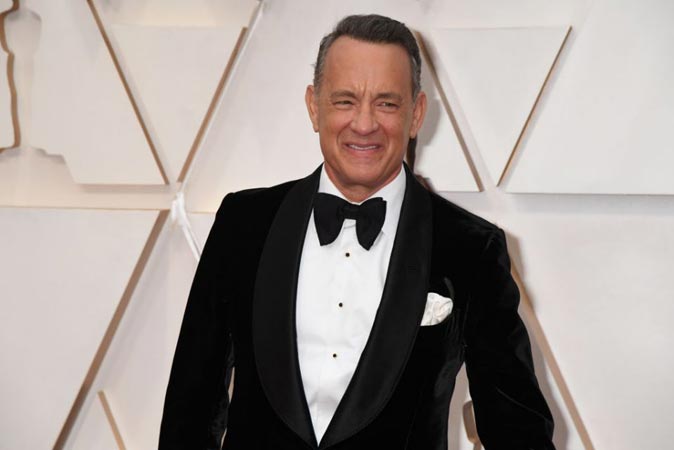 Tom Hanks has a new look, but don’t expect too much. He’s warning you that it features a “horrible haircut.” On the latest edition of Britain’s The Graham Norton Show, Hanks explained in a virtual interview that he’s shaved his head to play the part of Col. Tom Parker, Elvis Presley’s manager, in director Baz Luhrmann’s highly anticipated biopic. Hanks dislikes the look so much that he wore a baseball cap for most of the conversation — one with the logo for his production company, Playtone Productions — and removed it only briefly. “Let me show you the horrible haircut I have to have,” Hanks said before doing so. “I just scared the children,” Hanks joked. “I want to apologize for showing up.” The News of the World star appeared on the show from Australia, where filming on the movie resumed in September. The production had shut down in March after Hanks was among the very first celebrities to go public with a COVID-19 diagnosis. Hanks and his wife, actress Rita Wilson, both reported feeling OK after being briefly hospitalized with the coronavirus. Hanks previously flashed his shaved head stateside on the Late Show With Stephen Colbert.